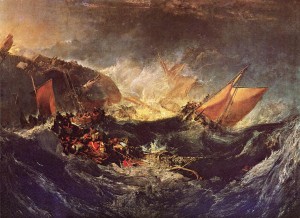 For days, schools of dead deep-sea fish washed ashore on tall waves violent with green foam. An olive-colored cloud then stretched across the entire horizon, blotting out the rising sun and casting bolts of jagged lightning down into the tempestuous sea.

All ships were moored, and the people of the coastal cities were warned to flee to steadings more inland. The cloud continued to creep toward shore with a malign intelligence, bringing with it noxious gusts of wind and heavy rains that burned through wood, iron, and flesh-like embers on a piece of parchment.

The only mortals to survive the living cloudkill hurricane’s landfall were the ones that had prayed for its arrival for decades.

The living cloudkill hurricane is too large to be faced as a single entity. The stats below represent one of the hurricane’s appendages, a noxious cloud-to-ground vortex wreathed in acidic lightning, which can be engaged in combat by the PCs. Finding a means to destroy the storm is a major quest.

A wide cyclone of poisonous gas punches down from the dark emerald sky like a swirling fist. Broken stone, splintered wood, and choking livestock orbit the funnel on a howling gale, its advance masked by a torrent of corrosive rain.

Natural even hit: Roll 1d6. If the result plus the escalation die is greater than or equal to the number of recoveries the target has remaining, they must start making last gasp saves as they inhale the cloudkill.

C: Hurl debris +14 vs. AC (4 far away creatures) – The living cloudkill hurricane picks up a structure, breaks it apart, and hurls it across the battlefield. On a hit, it deals 50 damage. This attack also has a secondary effect depending on what kind of building the hurricane destroyed:

Acid rain: Creatures in the area affected by the living cloudkill hurricane take 10 acid damage at the start of their turns unless they find shelter from the rain.

Noxious gale: Living creatures in the area affected by the living cloudkill hurricane are vulnerable to attacks that deal acid or poison damage.

Swallowing vortex: Creatures must make a hard save (16+) to disengage from the living cloudkill hurricane. On a failure, the creature that attempted to disengage is stuck (hard save ends).

Torrential downpour: Ranged attacks made against the living cloudkill hurricane take a penalty to attack rolls equal to twice the escalation die.

Though it is intelligent and revels in the worship it receives from evil aquatic creatures, the living cloudkill hurricane doesn’t work with other monsters. However, hydras and green dragons are known to follow the storm, ravaging cities in the storm’s wake.

Encounters with the living cloudkill hurricane are best in crowded urban areas where the vortex can pick up and hurl a variety of buildings.

When the living cloudkill hurricane is completely destroyed, the PCs may claim the following rewards in addition to any treasure they would normally earn:

Sersa Victory is the founder of SVD Press, a small group that publishes deathtrap dungeons for Dungeon World and 13th Age. Among other titles and curses, Sersa was named Apprentice of Acererak by Chris Perkins and Monarch of the Monsters by Kobold Press readers. His adventures, including Revenge of the Iron Lich and Fane of the Heresiarch, laid the foundation for the genre that would be known as fourthcore.