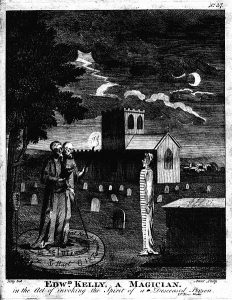 None are certain of the precise origins of truename magic. Some claim that with the act of creation undertaken by the gods and primordials, existence was shaped by the words of power used by these beings. Reality consequently came to reflect its essential nature through its own language. Many runepriests and other divine characters that learn the words of creation used by the gods claim that their power is a form of truename magic. The fundamental forces that hold the world together resist the changes wrought by truename rituals, however. Each syllable intoned demands incredible precision to have an effect, making truename magic a taxing endeavor for those attempting to use it. The truename of individuals and objects also fluctuates over the course of a day. The precise condition and location of an object is expressed in the complex vocalizations the rituals demand, so accumulating changes to these qualities means that dedicates of truename magic are forever researching and chasing down the linguistic formulae required for directing these rituals. The words of power that divine characters utter do not require the same kind of dedication, and their effects are often easily achieved. Speculations for other origins of truename magic abound: lost deities, the malign influence of various planes of existence, and even possibly the fundamental fabric of arcane magic.

Rituals in the truename category have distinct features from other rituals. To master a truename ritual, you must know the Truename Divination ritual. At the time you cast a truename ritual, you select whether to cast the natural or inverted version of the ritual and pay the specified number of healing surges. If you do not have enough healing surges to pay for the ritual, you cannot cast it. You also take a cumulative –10 penalty for each ritual from the truename category you have used since your last extended rest.

Your divinations reveal the current truename of an object within existence.

You discover the truename of one object or creature specified at the time of casting. The knowledge of this truename lasts for 24 hours, after which subtle changes to the universe accumulate and obscure the effects of this ritual. While you know the target’s truename, you can roll twice for each skill and ability check when interacting with it and use the higher result.

Recitation of the Bulwark

By speaking the words of the bulwark, your allies can defend themselves better. Invert the syllables and your enemies have their defenses reduced.

Natural: Choose to target yourself or one ally you can see and to whom you have line of effect. Until the end of the encounter, when the target takes the total defense or second wind actions, he or she gains resistance to damage based on your Arcana check until the end of his or her next turn.

Inverted: Choose to target a number of enemies based on your Arcana check. You must be able to see these enemies and have line of effect to each one. Until the start of their next turn, the targets grant combat advantage to you and your allies.

You utter the word of inertia to increase your ally’s speed. Pronounce the syllables inverted and your enemy has more difficulty moving.

Natural: Choose to target yourself or one ally that you can see and to whom you have line of effect. Until the end of his or her next turn, the target gains a bonus to his or her speed based on your Arcana check.

Inverted: Choose to target one enemy or unattended object that you can see and to which you have line of effect. The target gains a condition based on your Arcana check.

Watch for more truename rituals in an upcoming installment!