Skip to content
Home / Delve into the Depths in the Kobold Blog / Travel Domain: A Fifth Edition Cleric Domain 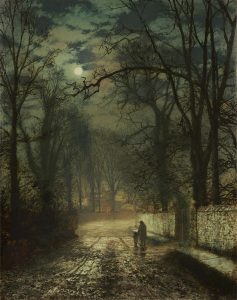 From tribal migrations to the march of the armies of empire, sentient creatures have always needed to travel, and they have called on the gods of road and river, of ship and path, to aid them getting from one place to another. Servants of these gods are often explorers, leaving behind shrines and maps for those who follow, but are just often guides and guards on well-traveled paths. As they age, they become keepers of inns and archivists of maps. Some serve, in their travels, as cart-makers, merchants, and builders of bridges and roads. Their motto is “ever on, ever on.”

Starting at 2nd level, you can use your Channel Divinity to give yourself a climbing, burrowing, or swimming speed for 1 hour or until you use this feature again.

At 6th level, you can use your Channel Divinity to bless a group of willing creatures within 30 ft. of you. Blessed creatures treat difficult terrain as normal terrain for the next 4 hours.

At 8th level, you gain the ability to infuse your weapon strikes with divine energy. Once on each of your turns when you hit a creature with a weapon attack, it takes an extra 1d8 damage and is slowed, as by the spell slow. At 14th level, the damage increases to 2d8.

Feet Firm on the Path

Starting at 17th level, you cannot be moved unless you choose to be. Physical efforts to move you simply rebound off you, and any magical or similar effect that transports a target to another location or plane fails if it includes you as a target. You may, of course, choose to move.