Skip to content
Home / Delve into the Depths in the Kobold Blog / Tournaments: The Arcane Masters 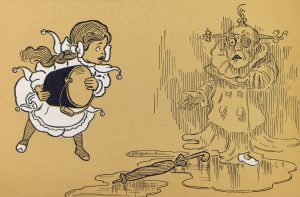 Magic is often seen as a dangerous but controlled study. Those who learn the art of spellcasting and who devote themselves to the arcane craft are seen as scholarly. And indeed, many mages come together in colleges to share their experience and expertise, training a new generation of magic users in controlling and harnessing the great powers of the universe. While there are adventurers who use magic in the field and warriors who wield sword and spell with equal affinity, they’re often thought of as outsiders, the mavericks who simply would not fit in the world of calm contemplation required for the careful study of mystical learning.

Of course, that perception is a hard one to hang onto if someone is fortunate (or unfortunate) enough to witness even a single bout of the Arcane Masters tournament.

What Is The Arcane Masters?

The Arcane Masters is a tournament unlike any other. Sorcerers, magi, and wizards of every stripe come to the tournament grounds to best each other in single combat. Of course, where the arcane arts are concerned, the word combat can have many meanings. Magic, when used as a weapon, can take nearly infinite forms. Not only that, but it can be wielded in so many different ways that it is often strategy and quick-thinking as much as raw, mystical might that carries the day.

There are only a few requirements for those who wish to participate in the Arcane Masters. The first is that there are no divine spells allowed in the tournament. If someone casts a spell granted by the divine, rather than one learned through an arcane method of study as part of a match, then that spellcaster is disqualified. There are no magic items allowed in the tournament, aside from bonded spellcasting tools. There is no divination allowed outside of those currently participating in a match, and using magic to curse or spy on other competitors outside the arena carries a lifetime ban. It should be said, though, there is no ban on more hands-on methods of researching one’s competition, such as watching their matches, listening to the talk in the crowds, and, in some cases, buying them a drink and seeing if they’ll confide the secrets of their strategy. Familiars and eidolons are allowed to participate in matches, but an eidolon must be summoned once the match has begun and cannot begin the tournament at the summoner’s side. While there has been argument over this rule, the tournament’s ruling body has thus far refused to alter this particular requirement.

The supposed simplicity doesn’t mean there are no gray areas in the rules, however. For example, a spellcaster who has lost a limb is still allowed to keep any magical replacements, even if those prosthetics are powerful enchanted objects. Using a prosthetic, to gain an unfair advantage, though, is frowned upon as a matter of poor sportsmanship. And, though not as common, spellcasters who go through the rigor, training, and pain to inscribe magical tattoos on their bodies may also enter the tournament with those tattoos intact. Participants who have had a spell permanently affixed to them are also allowed the use of that effect as it is now considered a part of them instead of a temporary effect. Temporary tattoos, though, which only hold a single spell like a scroll, must be removed before competition.

Lastly, and most importantly, there is to be no preparatory casting of spells before a match begins. Both participants are carefully examined before a match begins to ensure that one does not begin with an unfair advantage over the other in terms of how many spells have already been cast. Once both participants have stepped into the arena, the battle can truly begin. The goal, however, is not to kill your opponent… it is to make them concede defeat. Or to render them incapable of continuing without killing them. Because that is often a difficult line to walk, the judges will halt a match as soon as it’s clear there’s a real danger, and specialists will be standing by to offer aid if it’s necessary.

A Thousand Styles, A Single Goal

Aside from stepping into the arena (which is magically warded for the safety of the crowd, as well as the judges) with just the clothes on their back, the spells in their minds, and the components in their pouches, there are no real rules regarding how one caster can make the other surrender. More straightforward arcane duelists often opt for spells that cripple their opponent’s ability to cast, rendering them unconscious, bound, or otherwise unable to fight back. Counterspell specialists may use their skills to shut down an enemy’s strategy, rendering each action null, all while walking across the arena to finish the match in more personal proximity. Enchanters may end a match with a smile, simply asking their opponent to concede defeat. Some use illusion to misdirect their opponent, and others summon creatures from beyond the material plane to fight on their behalf. It’s not uncommon for casters of a truly unusual heritage to bring their natural spell-like abilities, or even a potent spell resistance, into play, in addition to more traditional arcane spells.

There is another concern for participants in the Arcane Masters: showing too much of their hand. A clever participant watches what the other entrants do and takes note of how they cast—what kinds of spells they prefer and what immunities or resistances they possess. Knowledge is power, which is why even the most straightforward participants often employ guile and cunning in their duels. A caster who is capable of eschewing material components might choose to use them, presenting a false weakness as a feint so that, when his opponent steals the component pouch, he’s left open for a counterattack. A learned metamagic specialist might leave his heightened, stilled, and silenced spells in reserve, keeping that special knowledge a secret. A sorcerer may even attempt to conceal the true strength of her heritage by holding back her bloodline powers or only using the weaker ones in order to appear less of a threat.

What you see at the Arcane Masters is never quite what you get.

The Arcane Masters in Your Game

There are a lot of ways you could use the Arcane Masters in your campaign. The tournament draws a huge crowd, and with that crowd comes gambling, speculation, and old grudges. It turns the hosting city into one of the biggest centers of arcane power in the known world (for a time, at least). The party could be hired to help maintain the integrity of the event, sniffing out plots and disrupting conspiracies aiming to kill participants, rig the winner, or just cast a dark shadow on the ancient tradition.

Your party, or at least certain members of your party, could also be trying to win the tournament. This provides an interesting way for the wizard and the sorcerer to fight each other, if that’s the sort of spectacle your group would enjoy, but it would also allow your party to gain some noted acclaim. While it’s unlikely for a low-level adventurer to make it anywhere near the finals of the tournament, a noteworthy performance might catch a potential employer’s eye. That employer might be a local noble, a wizard’s college looking for “field researchers” or even someone who wants to keep his true master’s identity a secret. How much gold would they have to offer for your party to keep their questions to themselves… and how long until they realize the implications of who they’ve truly been serving?

For more arcane magic, check out Deep Magic, a collection of hundreds of new spells for the Pathfinder Roleplaying Game! Or read the Kobold Guide to Magic, and invent your own arcane mysteries.

1 thought on “Tournaments: The Arcane Masters”