Skip to content
Home / Delve into the Depths in the Kobold Blog / Tome of Beasts: Garroter Crab 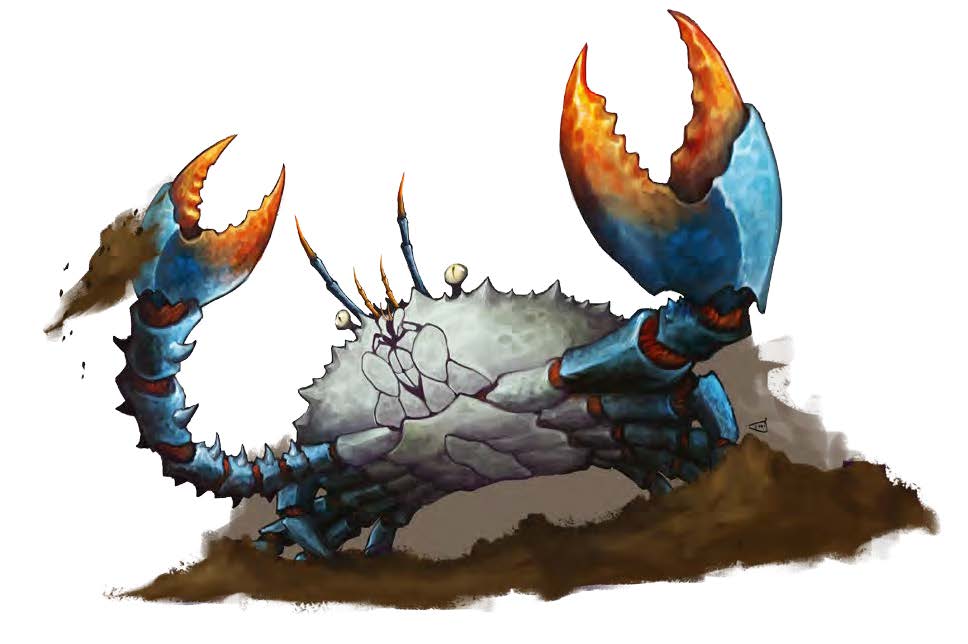 These aggressive, blue-black freshwater crabs inhabit rivers and streams, scuttling along the muddy terrain in search of prey.

Strangling Claws. Garroter crabs are named for their abnormal right claws, which have evolved over time to strangle prey like a barbed whip.

Clacking Hordes. Their long whip-claw is lined with powerful muscles and joints at the beginning, middle, and end that give it great flexibility. During mating season, thousands of garroter crabs congregate in remote riverbanks and marshes, and the males whip their shells with a clacking sound to attract a mate.

Small Prey. Garroter crabs prey on rodents, cats, and other small animals caught by the riverbank.

Amphibious. The crab can breathe air and water.

Common to the Argental upriver from the Free City of Zobeck, garroter crabs are used by the Kariv gypsies and crab diviners in their divinations. The Kariv greatly respect the garroter crabs for their divine abilities and treat them as sacred creatures, and never eat them. However, local Zobeckers hold no such notions and find them quite delectable, especially the males.

Much larger garroter crabs exist, and the Kariv believe that these incredibly rare crabs can shape the future, as well as divine it.