Skip to content
Home / Delve into the Depths in the Kobold Blog / Adorable Creatures: Garden Gnomes 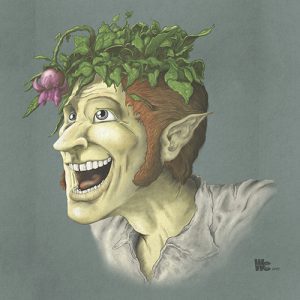 From the first time I sat down to play Dungeons & Dragons, I knew my love of the game would always stem from the roleplaying aspect, from the quirky dialogues to the less-than-stellar Stealth checks through an unsuspecting NPC’s home. For some, D&D is less about combat and more about what ridiculous fun or laughter a player’s character brings to the table.

So whether you’re an avid fan of playing demented old men, doe-eyed halflings, or brutal half orcs with a soft spot for pet squirrels, you know that half the fun of character building is creating memorable characters that veer from typical archetypes. Adorable Creatures aims to offer new and unique races that are not only cute, but that are playable and offer a range of play styles for gamers looking to bring something fresh to the table. It also offers new and balanced options for players who may not want to abandon their favorite class but are just so darn bored of playing an elf wizard and a halfling rogue.

The races of Adorable Creatures are crafted using Paizo’s Advanced Race Guide. No race created will cost less than 8 RP or more than 10, meaning these races are balanced for play alongside standard races. Details regarding each race’s culture, society, and religion are also written to be highly adaptable for most campaigns. Stay tuned as fresh material rolls out!

Garden gnomes are a unique branch of gnomes who have adapted to dwell in forests and natural plains. Not only do garden gnomes tend to have yellow, brown, or greenish skin, each has a plant permanently affixed to their heads, giving garden gnomes a physical trait that separates them from typical gnomes.

As social creatures, garden gnomes are tricksters in conversation, enjoying spreading rumors and telling lies as a way to stir drama within social circles. They do this as a form of flattery and—being gnomes—do not understand why other races find it distasteful.

As adventurers, garden gnomes are natural druids, clerics, and bards. They have a love of the wildness of nature and conversation, and they seek to inspire others with the many mottos they invent daily. Their tight-knit communities emphasize family and friendship, making them caring and at times naïve to the wrongdoers of the world. Although physically weak and lacking the Constitution bonus typical gnomes receive, garden gnomes protect themselves by burrowing underground and camouflaging well in wooded areas.

Ever hopeful, they are optimistic in the face of defeat and can rally weary troops, turning the tides of battle with nothing more than their words.

The race was inspired by my love of gnomes. I have always enjoyed their quirkiness and wondered how they would excel as druids and clerics. Although not originally intended to have a Charisma bonus, the more I invented the race’s society, the more I realized how well they would excel in social settings, given their knack for conversation and inspiration. In exchange I sacrificed their heartiness in combat. Garden gnomes spend much of their idle time sitting and napping, so it was a natural exchange.

Given their nature, garden gnomes can be played only as good characters. While they may deceive others, their trickery is innocent, and with a society established on the foundation of “it takes a village to raise a child,” I couldn’t imagine an evil garden gnome.

With a bonus to Diplomacy and Skill Training in Sense Motive and Bluff, players are sure to have the resources they need to ascertain their character not only contributes to dialogue in-game, but that they’re heard. As the frontline in conversation, they can act as the party face, gather important information, or else get a fair shot at stopping a bad situation from getting worse. Add in their innate ability to speak with animals, and garden gnomes have a wide breadth of opportunities to interact with the world around them.

Though they may be squishy on the battlefield—especially in early levels—their built-in Burrow provides an escape when they’re under heavy fire. Just remember: they can’t breathe underground!

To learn more about garden gnomes, their society, appearance, and just about anything else, download the free PDF!

Michael Galvis lives on the Internet, as does this blog post’s artist Clay Chastain.