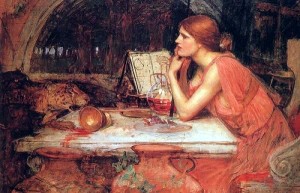 Time magic is widely regarded as one of the most dangerous and unpredictable forms of magic, especially if it gets out of hand. It’s one thing to dispel a blighted area or fling fire into the faces of your foes; it’s quite another to try and rewrite history on a regular basis to suit your whims, and it only gets worse when multiple time spells are cast against each other. The Clock-Watchers work to prevent damage to time itself by opposing the misuse of time-affecting spells and protecting the timestream from harm. The Clock-Watchers have a particularly good relationship with the Bythos-type Aeon Outsiders, and the two are often found working together in pursuit of their shared goals.

At its ultimate level, chaos is pure madness where no form or order (or even disorder) is truly constant… and the Timebreakers are on the extreme end of the chaotic spectrum, though anyone who simply assumes them to be evil is gravely mistaken. Their ultimate goal is to gain complete control of time, harnessing the power to move through it and adjust every event to their liking without regard to the effects it could have on the rest of the timestream. They are, quite frankly, one of the biggest threats to any world where they operate. They don’t operate on the local or even the national scale; they are effectively global in reach, and what foe could truly stand against an enemy who could stop them from even being born?

Officially “The True Hand of the Great Clock of Time,” this secretive organization holds the goal of manipulating events to their satisfaction. With a combination of knowledge from outsiders, scrying, and magic that bends time to their will, they’re as subtle as they are powerful. Indeed, the True Hand greatly prizes the ability to create large effects through a minimal application of effort, and the masters of the group are the most capable at this sort of task. Their existence is not widely known, but the effects of their actions can be felt unknowingly as they strive against other groups in pursuit of the ultimate goal: the ascension of their Grandmaster to the ranks of Godhood, with complete mastery over time.

You strive to keep the flow of the world, and your dedication to this cause has earned you enormous prestige.

Benefit: You gain +5 bonus to Diplomacy checks and need to pay only half of the standard amount when dealing with Outsiders that seek to protect time.