Skip to content
Home / Delve into the Depths in the Kobold Blog / Relic of Power: Visionary Goggles 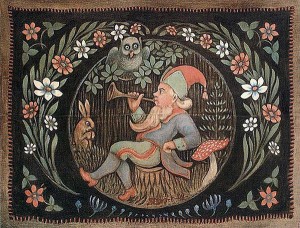 Phineas Cooperbotham was a finicky old gnome, even for a powerful wizard. He liked everything to go smoothly and got rather irate when things didn’t go as planned. So one day he set out to make sure that if something drastic did go wrong, he could fix it. In fact, he determined that if it went so wrong as to require that level of adjustment then he might as well “do it again and do it right this time.” And thus were born his Visionary Goggles.

A pair of goggles with straps of blue dyed leather, mithril rims, and thin lenses of purest diamond, these finely wrought eyepieces have the ability to alter the flow of time, allowing their wearer to predict and even alter the future.

Once per day, the wearer of the Visionary Goggles may use them to set up a personal time bubble as a time stop spell.

Once per week, he or she may alternately turn back the forces of time. This ability uses up the daily time stop ability but instead of allowing the user to act, the bubble of time physically rewinds time around him or her, sending her back 1d4+1 rounds. When time reasserts itself, the wearer is returned to the location he or she was in at that time (as is everything around him or her). This allows for the wearer to set up conditions more favorable for him or her—for instance, he or she could cast a protection from energy to stop a dragon’s breath from killing a companion after traveling back.

The Visionary Goggles must have temporal stasis cast onto them and be left locked in an airtight vault made of adamantine for no less than 100 years. When they are removed, the bearer must cast time stop and, while inside the time bubble, cast mage’s disjunction on the goggles. The mage’s disjunction automatically succeeds, although the caster must still make a DC 25 Will save to avoid losing his or her spellcasting abilities.

The image for this article is by artist Jazep Drazdovič. Whether it portrays Phineas or not is up to you. As for the goggles, use them in your campaign wisely and well. Playing with time can bring with it many opportunities—and many challenges! How do you use time-oriented effects in your game? Or do you use them at all?