Skip to content
Home / Delve into the Depths in the Kobold Blog / The Paladin: Expanding the Boundaries of Faith, Part III 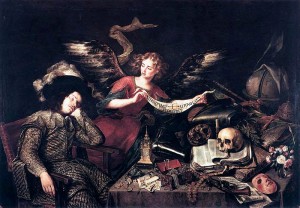 In my first entry, I laid out an argument that the paladin should not be limited to such specific roles as they are and that logically every deity would want such warriors in their service. In the last entry, I gave you some rules changes to play a lawful neutral variant of the paladin I called the justicar. In this entry, I present a lawful evil variant of the paladin for your use: the despot. To use these rules, you will need the Pathfinder Advanced Player’s Guide, since this variant draws on the rules for the antipaladin presented there, as well as the Pathfinder Roleplaying Game Core Rulebook.

The despot is a warrior in the service of a god of brutal structure, usually deities of War, Tyranny, or Power. These paladins are like the justicar in that they desire order, but a despot seeks order through subjugation of all in the iron fist of their faith. A despot views the world as a challenge to be surmounted, and views ideas such as good and evil as tools the weak use to shield themselves from the truth. Power and control belongs to those with the strength to hold it, and the despot aims to be the one at the top.

The despot’s place in a party is usually as the leader if he or she has any say in it. If another PC is more capable, the despot will bow to that PC’s authority; however, the despot in this situation also waits for signs of weakness to exploit. Parties that are very roleplaying-driven are good for the despot, since they provide a despot with the opportunity to explore the power plays of leadership in the party. For parties that tend toward the more brutal aspects of gameplay, the despot proves to be an effective leader and combatant.

As an NPC, the despot is wonderfully suited for use as a BBEG (Big Bad Evil Guy); because of the despot’s natural inclination to structure and order, he or she serves well as the head of an evil organization that the PCs are meant to thwart. The despot is also a good choice for a champion of such an organization sent to dispatch the PCs at some point during a campaign.

Role: Despots are built to deal damage and cow anyone who would oppose them. They serve best as the leader of a party, heading the charge into melee, or as the champion of a more capable character.

The despot uses the rules for the antipaladin class in the Advanced Player’s Guide, using the following changes:

Proof Against Treachery (Ex): At 3rd level, a despot has become inured to the attempts of subordinates to lay him or her low. The despot gains a +4 bonus to saving throws against poison and disease, increasing to +6 at 11th level and +8 at 18th level. This ability replaces plague bringer.

Fiendish Boon (Sp): Same as the antipaladin, replacing the anarchic weapon property with the axiomatic weapon property for the weapon bond, and the fiendish servant must either have the lawful and evil subtypes or be a fiendish animal.

Aura of Weakness (Su): At 8th level, enemies within 10 feet of a despot take a –4 penalty to rolls to confirm critical hits. This ability functions only while the despot is conscious, not while he or she is unconscious or dead.

This ability replaces aura of despair.

Code of Conduct: A despot must be of lawful evil alignment and loses all class features except for proficiencies if he or she ever humbles herself before another without challenge or helps the weak without payment or gain. This does not mean the despot cannot serve another; the despot can accept the authority of someone who has proven better than him or her in combat or who demonstrates greater power, and the despot can do good acts if these services are properly paid for. A despot’s code requires that he or she always be watchful of weakness in those above the despot and to ruthlessly rule those below him or her; anyone who holds power undeservedly is to be challenged, those of greater power are to be obeyed. Laws of the land are to be obeyed only as far as the letter of the law states; if the words of a law can be twisted to benefit the despot even as it inhibits the despot’s enemies, all the better. As such, a despot is bound by his or her word, but only as far as his or her word; a despot who promises not to chase after a fleeing bandit would still be free to shoot at the bandit with a crossbow so long as the despot did not advance.

Associates: A despot may have companions of any alignment, though if he or she cannot cow them into service, the despot will part way with them. In general, despots will not work with good characters, but they realize that even “good” intentions can serve their deity’s wishes; a despot may ally with any characters as long as there is a clear benefit to the despot’s goals. If the despot’s current alliances prove no benefit to his or her goals or following a more capable character proves too offensive to his or her code, the despot will break the alliance and leave. Despots accepts cohorts who are lawful evil only, but may accept followers of any alignment as long as these cohorts obey their commands.

Ex-Despots: As with all paladins, a despot who ceases to be of the required alignment or who violates his or her code of conduct loses all class abilities and cannot gain levels in despot until the despot has atoned (as per the atonement spell).

As with the rules for the justicar, I leave it up to the discretion of the GM how to apply them. Because of the nature of the despot, however, I do not recommend using this class in groups of predominantly good characters; it is likely to cause interparty strife, and we all play these games to have fun.

Check back for the next installment of this series and the free man: the chaotic good paladin.