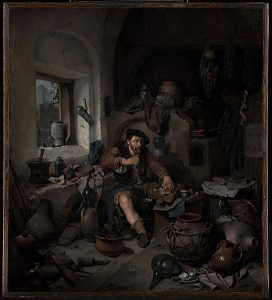 The worlds adventurers live in are full of dangers. Between sickness, sunstroke, frostbite, and the spears and swords of their enemies, along with less mundane dangers like basilisk venom, dragon fire, and mummy rot, it’s a wonder any of them survive to middle age, much less old age. While clerics can pray for their allies’ wounds, and paladins may lay their hands upon the afflicted, there is only so much a single servant of the divine can do for their comrades, to say nothing of the towns and cities they travel through. When cuts are too deep, burns are too severe, and bones have been broken, who do the wounded turn to?

In many cases, the Order of the Healing Hand.

What Is the Order of the Healing Hand?

The order is a group of dedicated healers whose presence is felt throughout a city, a nation, or even a continent. Members wear the order’s plain robes, and either travel to bring services to those in need, or set up shop in one place so the needy can come to them. Common members perform a variety of services for anyone who needs them, ranging from bone setting and tooth pulling, to cleansing wounds and performing surgeries. Members are often dispatched to help deal with reports of plague, and to provide aid and assistance to the wounded in armed conflicts. Wherever there’s blood and suffering, the order will be there with white-gloved hands to help ease the pain, and begin the healing process.

The Order of the Healing Hand in Your Game

Since it’s your world, the order can be as big or small as you need it to be to serve its function. Perhaps its members are not trained in the traditions of divine magic, and so they use alchemical means to ease the hurts of their patients. In this situation, the organization could act as an outside body dedicated to providing aid to people who need it, even if they lack the powers and sheer might of player characters.

Alternatively, there may be higher-ranking members of the order who wield magic, or who possess highly specialized skills. Battlefield surgeons whose hands can wipe away ghastly wounds as if they were mud, leaving behind fresh, new skin. Plague doctors who can remove disease with the wave of a wand and a whispered word. There may be a select order of resurrectionists, who have plumbed the gorge between life and death, and found ways to bring someone’s essence back from the darkness.

How You Can Use the Order to Your Advantage

A group like the order can fill a lot of potholes in a game. For example, if characters are wounded, or afflicted with a disease at low levels, a member of the order acts as a handy NPC to offer some aid (perhaps in the form of a potion that slows the disease, or someone who can offer information on how a difficult wound can be healed). The Order of the Healing Hand could also work as a plot hook. Members may ask the party to help protect acolytes on the road to a battlefield so they can reach their destination unmolested by bandits. Alternatively, the order might offer the party a reward if it will collect certain ingredients for inoculations from a dangerous locale. The order could also be a great background explanation if you have a godless cleric looking for a place to belong.

Alternatively, you could use the order as villains, or a front for villains. For example, the local members might encourage bloodletting as a cure for sicknesses, but it turns out that this “treatment” is actually to collect blood for the local vampire lord and his brood of undead minions. The masked doctors who showed up on the heels of the plague may have been the cause of it, rather than the cure, as they toil to spread the disease even further while “helping” the afflicted. Even the vaunted physicians who claim to reunite the soul with the body may be using their position to fish in the void for something different than the departed person, creating monsters in the name of medicine.

What you do with the order is up to you. Of course, if you make it big enough, you could do all of these things at once!