Skip to content
Home / Delve into the Depths in the Kobold Blog / Prepared!: A Farewell to Flame 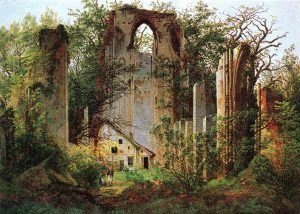 I am thrilled to bring more fun Prepared! scenarios to the Kobold Press blog. I am even more thrilled to include fantastic monsters from Kobold Press’ forthcoming Tome of Beasts. Each week I will feature a monster from the tome, and each week the challenge ramps up. Game on, sisters and brothers!

There’s strange lights flickering up in the ruins on the hill. There, see where I’m pointing? By the poplar trees. Started a month ago, maybe longer. They don’t come every night, but they been spreading. Heema said she saw something glowing by the well at Garrow’s place last week. Whole area talking about it. Fend’s little one said she saw a “birdcandle” flitting around near the farmhouse. I told ’em those ruins had to go, I told ’em over and over, and now here we are—haunted…

A Farewell to Flame is a short fifth edition scenario designed to challenge four 1st–2nd level characters, and it includes the living wick, a creature from the upcoming Tome of Beasts book from Kobold Press!

Hilltop ruins near a simple village have been empty for a century. Built to serve as monument and worshiping place to a long-forgotten god, the ruins consist mostly of toppled stone columns and collapsed timbers. Several weeks ago, a new resident moved into the ruins, causing concern and fear in the superstitious locals. A wax golem, known as a living wick, has gained sentience and escaped its master and the labor it was intended to perform. An error in the creation process placed a long strand of unicorn mane in place of the regular wick, and when lit, imbued the golem with a will of its own. In addition to the power of self-determination, the wick also has the ability to make living wicks—candles and other wax objects have been disappearing in the area lately. Investigating the ruins, the PCs discover that they are not the only ones drawn to the strange flickering lights…

The living wick in the ruins can make small versions of itself. With only the wax supplied from pilfered candles and the like, the wick has been content making small animals to keep it company. Birds, squirrels, foxes, and snakes all exist in wax form in the area around the ruins. PCs traveling through the area are likely to encounter some. They are crudely formed, and like their creator, they become misshapen as they burn. A DC 10 Intelligence (Arcana) check suggests the creatures are golems of some sort—though they are roughly made. Grabbing one of the wick’s companions is not difficult (DC 10 Dexterity check), since they lack the speed of their real-life counterparts. They are difficult to trap, since they do not require sustenance. They have no attacks that threaten the PCs, and PCs can destroy them without using attack rolls. The little creatures are prone to exploding shortly after being caught. A DC 12 Charisma (Persuasion) check calms them, but otherwise they detonate causing 3 (1d6) fire damage to all creatures within 10 ft.; a DC 10 Dexterity save halves the damage. Wizards or PCs with a background related to arcane scholarship gain advantage on the Charisma check to prevent the golems from exploding. A speak with animals spell allows the caster to see brief images of the creature’s creator, stooped and working in a dark and root-filled place. Once captured, and calmed, the companions make for excellent thrown explosive objects; if thrown they detonate upon landing.

The ruins were once a site of worship to a good-aligned god. Some divine magic remains at the site, and its influence is felt by those who would do evil. Evil-aligned creatures (including PCs) grow anxious starting at half a mile from the ruin’s location; once inside the ruins themselves, such creatures are at disadvantage on all ability checks.

Several broken stone columns stand sentinel outside a badly crumbled building. The building is 70 ft. long and 30 ft. wide with large portions of the roof collapsed entirely. An entrance to the structure on the west side is partially covered by fallen debris. The ruins sit in a clearing on the top of a hill. Tall poplar trees line the edge of the clearing, and strange lights flicker and glow in the clearing’s underbrush.

The PCs arrive several minutes after the unscrupulous mercenaries hired by the living wick’s master. The mercenaries have already entered the ruins. A DC 10 Wisdom (Perception) check allows the PC to hear muffled voices coming from inside the ruins. The tracks made by the mercenaries are easy to spot, but a DC 12 Wisdom (Survival) check is required to determine that there are at least five different humanoid tracks. Allow a DC 10 Intelligence (History or Religion) check to reveal the ruins were a sacred place. The glowing figures in the nearby trees are the (6) wax animal companions of the living wick inside the ruins. They do not attack. A scout from the mercenary team hides nearby watching the adventurers as they approach. He can be seen with a DC 15 Wisdom (Perception) check. If spotted, he flees into woods, disengaging and attempting to escape.

Area 2: The Hall of Fallen Timbers

A 30-ft.-long corridor extends into the ruins. The wooden timbers used for the ceiling have fallen in several spots, leaving splintered debris on the floor. The hallway turns right at the opposite end; bright light flickers from unseen sources beyond.

Two thugs crouch at the end of the hallway watching the entrance. They are not hidden very well and can be spotted with a DC 11 Wisdom (Perception) check. The floor of the hallway is difficult terrain. The thugs are on edge and are very likely to fire their heavy crossbows at the party, taking advantage of the half cover their current position provides. Fighting the thugs alerts the other mercenaries in the ruins, who have cornered the living wick in a partially intact reliquary. If the thugs take 6 or more damage from thrown captured wax companions, they attempt to flee the ruins while screaming about tiny hellish beasts. To increase the CR for a level 2 party, have the scout hiding outside engage the PCs as they fight the thugs. The thugs could be convinced to leave through a convincingly roleplayed conversation and several DC 12 Charisma (Persuasion or Intimidation) checks.

A circular chamber 30 ft. across features a short staircase on the far wall that rises to a small platform and dais. Standing on the platform is a man in dark robes pointing a rod at a writhing humanoid made from wax. A flame burns from the crown of the humanoid’s head. Several burly humans stand at the bottom of the stairs.

The mercenaries in the room consist of the leader, Bors (thug, +1 AC, +1 to attack and damage rolls from his magic mace), Gibbor (acolyte), and their two sneering lackeys (bandits). To increase the CR for a level 2 party, upgrade the bandits to thugs.

Gibbor is attempting to gain control of the living wick using the command rod provided by the wick’s master. The living wick is almost ready to use its consume self action; only the partially successful attempt to control the golem is preventing it from exploding. Bors receives a free action as soon as the PCs enter the reliquary, or as soon as combat begins. He uses the action to attempt a Charisma (Intimidation) check to scare off the PCs. Each PC must succeed at a Charisma save to avoid being frightened for 2 rounds. The DC to succeed at the save is equal to Bors’s intimidation result.

The mercenaries attack the PCs if they do not leave. In combat, Bors and the henchmen rush the PCs, preventing them from disrupting Gibbor’s efforts to bring the wick under control. They actively attempt to block the PCs’ ascent up the short staircase to the dais. Gibbor takes no actions unless targeted by a melee attack, at which point he ceases his attempt to control the wick, disengages, and dives off the dais, willingly falling prone wherever he lands.

Contest of Wills. Gibbor gains control of the wick on initiative 20 of the third round of combat. At this point, both Gibbor and the wick enter combat against the PCs. If nobody is attempting to control the wick, it uses its consume self action on initiative 1 of the next round. Using the command rod requires an action and a DC 10 Intelligence (Arcana) check. There is no limit to the number of attempts to use the rod in a single round. The rod can be passed from one PC to another using a move action (determine some Dexterity checks if the PCs begin throwing the rod around). The rod has a 20-ft. effective range. If the rod is successfully used, the wick can be issued commands by the user.

The bandits carry an average amount of coin in line with the treasure tables in the DMG. Bors wields a +1 mace and Gibbor carries a foul-looking holy symbol made from silver (15 sp value). The command rod has a large piece of onyx at one end (10 gp value). Bors carries a short missive from his employer detailing the manner in which the wick is to be controlled and returned.

Do the PCs currently control a living wick? What will they do with such a possession? How long before the wick breaks free again? What labors did the wick flee from in the quarry, and who is its master?