Skip to content
Home / Delve into the Depths in the Kobold Blog / The Far Side of the Table: Analyzing GM Mistakes, Part 2 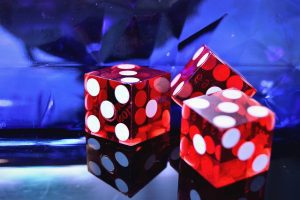 Azreal smiled grimly as his shield blocked the flying debris. The paladin surveyed the scene before him. The tower room was decimated, and the vicious battle between Azreal’s companions and the red wizard was looking dire. Squaring off in the center of the room was Strass and the red mage, a freshly launched fireball forcing a scream from the barbarian’s seared lungs. Slinking behind a stone column, Val prepared an ambush, and Kara dove for cover behind a large chunk of stone.

Welcome to the table! This week, the players were fighting against a powerful wizard who was in service to their latest villain. For this session, I wanted to really provide a challenge for the players, equipping the wizard with an assortment of nasty spells. Everything was going smoothly, and the flow of the game was ramping up nicely, promising a fantastic epic climax during this fight—or so I thought. Today, let’s talk about mechanical mistakes and how to address them. 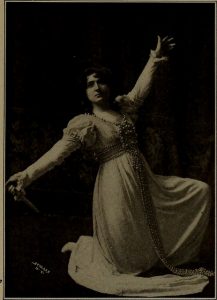 To Kara, the flow of battle was a melody, like the one played by the violinist back in town: fast, dynamic, and full of energy. The pounding of her heart was the tempo; the sounds of shouts, magical incantations, and clash of steel were the instruments. Kara’s movements became one with the wild song. Beat—leap from cover. Beat—wait for Strass to attack and prepare a strike. Beat—nothing . . .

As I noted in Part 1 of this article, mechanical mistakes are those mistakes that deal with rules and systems at work in the game. Whether it is a flubbed ruling of a spell or a character ability wrongly used, mechanical mistakes can either pass unnoticed or dramatically slow the pace of the game. In tonight’s session, I made a fairly common mechanical mistake: I skipped Kara’s turn. During the next round, the player who played Kara proclaimed, “Wait! Did I ever go? I think my turn was skipped.”

Generally, missing a turn is something easily fixed. I usually just apologize, offer the player a turn immediately unless another player was in the middle of taking their own turn. These types of mistakes slow down the pace of the game but don’t usually bring the game to a halt. Yet in this moment, an entire round had passed, and not only did Kara miss a turn, her turn had been passed for some time, and this battle was becoming deadly. For Kara and the players, a missed turn means losing crucial actions that may provide vital advantages against their foe.

Pausing for a moment, Kara watched as Strass swung a fist at the mage’s face, cracking free a few teeth and sending the mage tumbling to the ground. The magical armor that surrounded the mage faded, and Kara saw an opportunity to close the gap and potentially finish this fight. 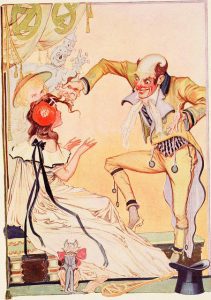 In some instances, GMs, myself included, may offer characters simply to play out the missed turn retroactively. I recommend only offering this ruling in specific cases where the actions the character plans on taking do little to influence a key moment in a fight or do not produce a chain of events for the entire scene. Retroactive actions can result in the game slowing dramatically as everyone at the table tries to readjust for the chain of events produced by the character. If those actions result in an enemy dying or completing some key event in the narrative, it will often feel anticlimactic. I recommend careful thought before offering retroactive actions. Usually I offer advantages to the characters whose turns were missed. In this case, I asked Kara what she wanted to do, and I suggested she take actions following Strass’s turn with advantage on all her attacks because of Strass’s successful strike against the mage. I made sure to clarify that these actions would not be applied retroactively.

Addressing a mechanical mistake requires careful consideration to the game’s flow. Skillful handling may result in the players never knowing that there was a mistake in the first place. Below, I’ve provided a few important things that both players and GMs can keep in mind when handling mechanical mistakes: 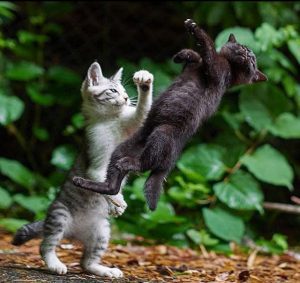 Kara moved quickly, closing the gap between her and the mage, but she wasn’t fast enough. The mage’s hand aimed toward her face, and orbs of arcane light began to form as the mage chanted a wicked spell. Kara’s body tensed, preparing itself for the pain. Just before the orbs left the mage’s hand, a dagger slammed into the mage’s arm, causing the magical blast to be knocked off course. Kara saw Val disappear behind pile of stone, and she smiled, reaching the mage. “Let’s see how tough you are without your magic,” Kara thought as she grabbed the mage’s collar with one hand, the knuckles in her hand cracking as she formed a fist with the other.

Mistakes will happen, especially mechanical mistakes, and everyone experiences them in their game at some point. When I skipped Kara’s turn, it turned out to be a great opportunity for Kara to roleplay in the game as she wouldn’t have had a chance to grapple with the red wizard otherwise. It turned out to be a very fun character moment for Kara who was able to reveal some of her motivations and history to the players as she interrogated the mage.