Skip to content
Home / Delve into the Depths in the Kobold Blog / Encounters of Fortune: Discarded Guardians (Part 3 of 5) 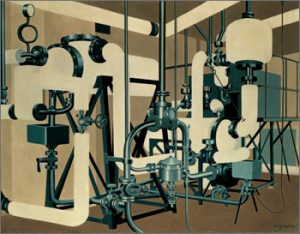 Azlazier, a wealthy merchant from the desert city of Cindass, has hired you to find an important relic. You have followed his map to where he claims an ancient society once lived. Once there, you battled giant camel spiders and an arcane magical lock sealing a marvelous wizard’s tower.

As the PCs descend into the first room of the tower, their eyes quickly adjust to the surroundings, and softly glowing sigils provide faint magical light. Scattered around the room and carelessly stowed away in wooden crates, discarded sprockets, gadgets, and tools lie abandoned. On closer inspection, the PCs may notice many of these parts are flawed in some fashion (Perception DC 15). Some may be broken or missing pieces, others constructed poorly or with shoddy materials…

A spiral staircase in the corner of the room descends deeper into the tower. As the PCs rummage through the room, they hear woozing and whistles, clanking and kerplops, woops and bam-gongs. It seems some failed creations still draw energy, and they quickly descend on the intruders!

Spiral Staircase: A spiral staircase in the far corner descends into another room.

TRAITS
Clockwork Vision
This clockwork experiment has true sight and is immune to effects that alter vision.

2 thoughts on “Encounters of Fortune: Discarded Guardians (Part 3 of 5)”