Skip to content
Home / Delve into the Depths in the Kobold Blog / The Courts of Fey: Seelie Courtier 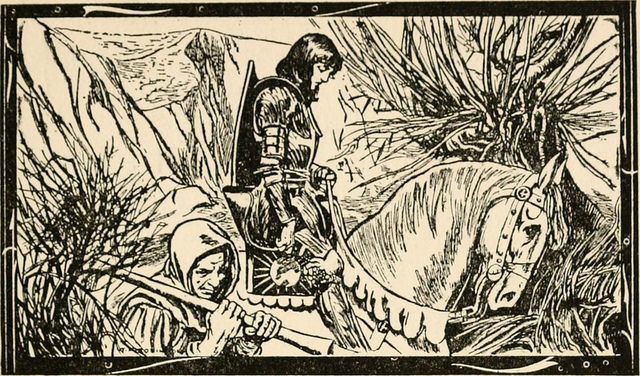 Royal courtiers among the fair folk constitute the bulk of any ruler’s court or entourage. And the most powerful and otherworldly of any royal court to which a fey might aspire is that eternally exquisite gathering of beauty, power, and vanity—the Seelie Court.

Seelie courtiers attend at all hours and at every possible occasion, hoping to gain notice and to serve and advise their lord or lady or any other influential dignitaries or personalities present. Frequently, courtiers are royally invited (compelled) to attend, acting as personal or assigned advisors, companions, and servants to the ruler’s family, guests, and household. Often, they are young or ambitious sidhe, friends-of-friends, politicos, lesser nobles, and second-born sycophants. But also ambassadors and officials, royal audience seekers and petitioners, all mingling with the oldest and utmost of the high-born fey.

Seelie courtiers ultimately serve as a filter to and from the highest levels of the upper tier of sidhe society. 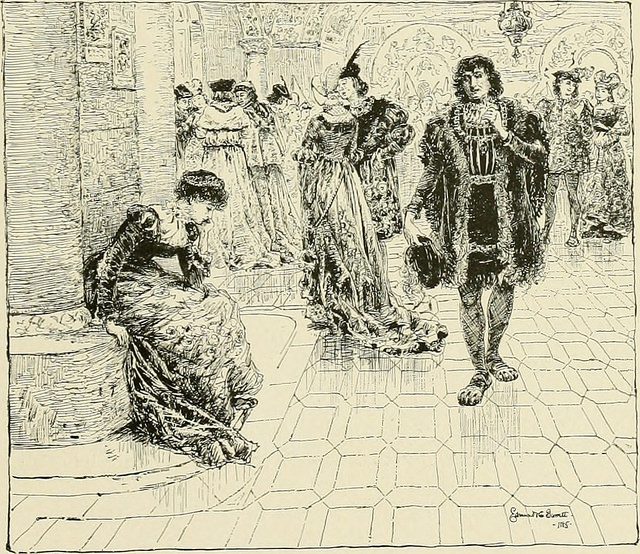 His Grace, the Baron(et) of the Grymwyld, guardian of the Laughing Hills and commander of the Windvale garrisons, is a minor noble of unremarkable lands and lineage who nonetheless moves with ease through the highest of political, social, and arrogantly aristocratic circles of the sidhe.

Rarely absent from court and seemingly well liked, despite his dubious nobility, Calaedwyn is educated, charming, and intelligent and has proven (outwardly) to be unambitious and discreet. All important traits in his line of “work.”

The Baron(et) Hallowmorn is a master and student of courtly intrigue. He styles himself an information and acquisition consultant, an unveiler of truths and arranger of liaisons. He is considered an amusing, if dangerous, addition to the court, a beloved and necessary evil—yet another double-edged dagger in the twisted political intrigues and immortal social maneuverings of the sidhe.

Calaedwyn hails from a family whose manorhouse cellars hide generations worth of “little black(mail) books” and other delicate information concerning delicate individuals.

His current conspiratorial quandary is how to proceed. Thanks to spies placed under the very nose of Scutarius Thornwalker, Calaedwyn knows that agents of the Snow Queen have been courting Dame Snowthorn of Briarstone and that she is, in fact, an illegitimate but surviving heir to house Glimmerwind.

Could it be that Lord Chellessfield (having taken possession of all Glimmerwind lands, rights, and holdings decades ago) has known and withheld this knowledge all these years? And how is it that the esquire of Rivenwood has this knowledge? Why have they not spoken out? There seems much yet to uncover…

Benison of the Blessed Court. Calaedwyn has advantage against spells and magical effects and may cast the following spells 1/day each, requiring no components:  counterspell, dispel magic, magic circle, true seeing.

Spirit of the Summer Lands. His Grace is immune to charm, paralysis, and magical sleep and has resistance to bludgeoning, piercing, and slashing damage from weapons that aren’t magical, silver, or made of (cold-forged) iron.

Spellcasting. Calaedwyn is a 9th-level spellcaster who uses Intelligence (DC 17, + 9 to hit with spell attacks) and knows the following wizard spells:

Disarming Duelist. While wielding a melee finesse weapon, Calaedwyn may use his Charisma modifier for attack and damage rolls. Additionally, any time a melee attack fails to hit Calaedwyn, he may use his reaction to force a DC 16 Dexterity save. On a failed save, the target drops one handheld item chosen by Calaedwyn.

Flicker and Fade (30 Feet/Day). As a standard action, a sidhe may “leap” between spaces as if by dimension door. This magical “flicker” must begin and end within 30 feet of some discernible light source. A sidhe can “jump” a total of 30 feet per day in 10-foot increments (that is, 3 × 10-foot leaps or 1 × 30-foot leap per day). Using this ability with a faerie mount brings the mount along as part of the movement.

Parry (1/round). Whenever Calaedwyn takes melee damage from a target he can see and while wielding a melee, finesse weapon, he rolls 2d4 adding his Dexterity modifier and reduces the damage by that amount.

Punctilious Poniard of Piercing (+1). Being of a lesser noble house, Calaedwyn’s family is not yet permitted to forge scian-sithe, so they have improvised. Melee Weapon Attack: +11 to hit, reach 5 ft., one target. Hit: 10 (1d4 +7) piercing. One time between rests, Calaedwyn may command this main-gauche to behave as a dancing sword, except as noted above.

Rapacious Rapier. This ancient heirloom is crafted from wytchwood which greedily absorbs the blood required to empower it. This rapier, after causing 25 hit points of piercing damage, receives a +1 enchantment for 2 minutes. Thereafter, the killing of any sentient being of at least 40 hit points instantly adds 2 minutes and +1 (+3 max.) to the current enchantment level. Melee Weapon Attack: +10 to hit, reach 5 ft., one target. Hit: 11 (1d8 +6) piercing, before bonuses.