Skip to content
Home / Delve into the Depths in the Kobold Blog / Kills, Items, and Secrets: Why I’m Forever Hooked on Deathtrap Dungeons 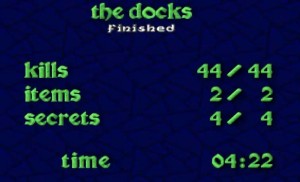 In January 2013, you, our kobold audience, voted Sersa Victory’s adventure pitch as being the winning entry in the Valhalla Calling contest. We thought you all might like to know a little bit more about Sersa’s background in gaming, plus see what he has to say on the topic of those ever-popular deathtrap dungeons.

Although people have come to the fantasy gaming hobby from a diversity of backgrounds, we share a number of common stories on how we were drawn into the genre and how these early influences shaped our expectations.

For many people, their introduction to fantasy came through literature, including the landmark works of J.R.R. Tolkien, the sword-and-sorcery tales of Fritz Leiber, and the Dying Earth series by Jack Vance, whose fiction had an immeasurable influence on the authors of the original D&D game. Still others were drawn to fantasy through movies such as Conan the Barbarian, Clash of the Titans, and even Labyrinth.

I am not one of these people.

My introduction to fantasy—when I was all of 9 years old—were the PC games Heretic, Hexen, and, of course, Quake.

These three titles—with their emphasis on kills, items, and secrets—played a significant role in shaping my perceptions of medieval fantasy gaming and sparked a lifelong passion for deathtrap dungeons that has expressed itself in many ways, most notably fourthcore and my contributions to Kobold Press.

Heretic, Hexen, and Quake, like their spiritual and technological predecessor Doom, are brutally graphic, both in visuals and in theme. Each is fundamentally a game of violent conflict: wade into the fray, take up weapons and dangerous artifacts, and slaughter anything that isn’t you. The story is brief, buried in the manual, and rarely referenced. There are no NPCs to negotiate with—you are entirely alone, and the only time you hear your own voice is when you are howling in agony while being clawed, crushed, or fireballed to death.

Beyond all that, the game world itself embodies violence. Corpses litter gothic castles decorated with bloody skulls and roaring demon faces. Mazelike corridors lure you into charnel vaults where hordes of monsters wait in ambush. A gauntlet of spikes, lava, poison gas, acid, and other traps ward every cache or safe haven.

Like the most famous deathtrap dungeons in the D&D canon, these games are not vehicles for weaving a compelling story. Instead, they are killing fields—a contest to see who’ll draw the last breath and who’ll be just another coat of paint on the fortress wall.

The games that shaped my perception of fantasy are ones of acquisition. Despite Hexen’s fairly shallow class system, none of the three games bother with character ability. You are not defined by a set of skills or innate talents in any meaningful way; rather, you are defined by the weapon you wield and the artifacts you liberate.

To that end, important items are scarce and placed strategically, making treasure the games’ chief reward and resource management one of the primary challenges. You progress through the dungeon not by leveraging your character’s abilities, but rather by finding the right (hidden and trapped) puzzle object and using it in the right spot. This key —> obstacle —> reward pattern is evident throughout each title and is not unlike the way deathtrap dungeons are structured in tabletop games.

In Heretic, Hexen, and Quake, exploration is essential. Secrets are everywhere, many of which contain crucial items, shortcuts, and power-ups. Some secrets are even concealed within other secrets, making it impossible for you to assume you’ve left no demon’s skull unturned. To add to the struggle, it’s not assumed that you’ll find these secrets or have adequate resources for the trials ahead.

If you miss a hidden cache and wind up short on healing or low on ammo, the game’s not going to ease up. Tough it out, make do, or die. A lot.

Secrets aren’t just for hiding keys and potions, either. As in many tabletop deathtrap dungeons, the hidden areas in these games (and the suspicion of them) serve to lend a sense of depth to adventure sites that, admittedly, are confined, superficial, and linear.

These three games embody the elements I adore most about fantasy adventuring. I relish the violence of battle and the surge of power I feel when I wipe out a legion of monsters with a single blast of an ancient occult weapon. I embrace the feeling of paranoia that creeps over me when I reach for an artifact, knowing a fatal trap or lurking foe is close by. Uncovering secrets and accumulating treasure give me a rush of satisfaction and a sense of accomplishment that no other gaming interaction has equaled.

Most importantly, however, is the fact that these games were unabashedly games. Like Heretic, Hexen, and Quake, I make no pretense about my lack of interest in the storytelling or characterization that drives many—if not most—of the truly excellent RPGs we have to choose from today.

Instead, I’ve always sought game-centric play experiences conscious of their goal to challenge and entertain the people around the table. As both a designer and a participant, I’ve eschewed other ways of engaging with tabletop games (which, of course, are equally valid) in favor of a style reminiscent of my introduction to fantasy: kill and be killed, the stuff you claim is what defines you, and the world is just a dark age game show obstacle course.

Of course, like anyone else, my tastes broadened as I grew up and have continued to do so. I’ve exposed myself to other media in the scene and dabbled in a wider variety of play experiences. Still, even as I explore other genres (such as science fiction) and take up games that emphasize different play styles (like my current favorite RPG, Dungeon World), I always come back to the deathtrap dungeon, and find ways to explore and integrate the tropes that, for me, are and will forever be emblematic of fantasy gaming.

Sersa Victory is the founder of and lead designer at SVD Press, a small group that publishes deathtrap dungeons and tournament modules for tabletop roleplaying games. He is the author of Crucible of the Gods, Revenge of the Iron Lich, Fane of the Heresiarch, and the upcoming Pathfinder module The Crown of Charon, to be released by Kobold Press.

7 thoughts on “Kills, Items, and Secrets: Why I’m Forever Hooked on Deathtrap Dungeons”