Skip to content
Home / Delve into the Depths in the Kobold Blog / The Sorcery Stop: The Khar Khul 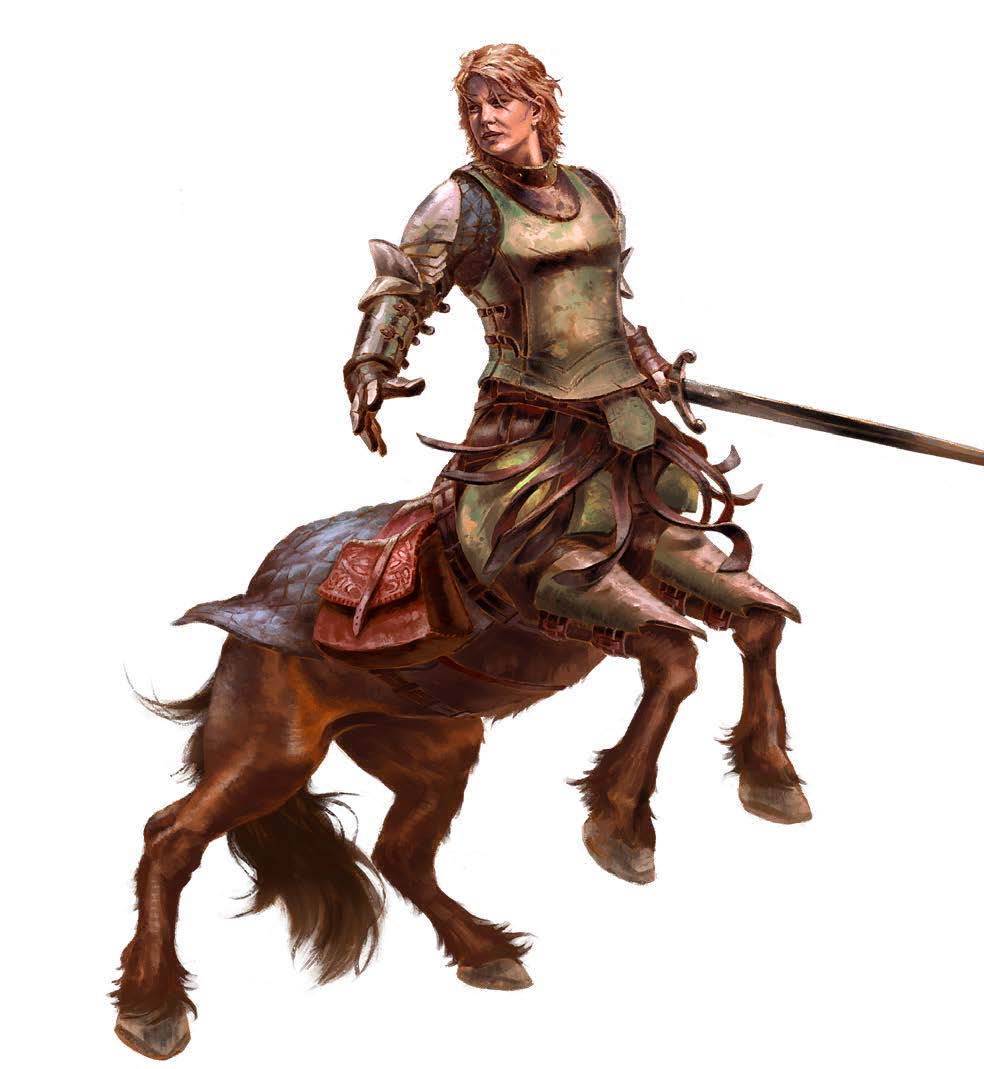 The centaur tribes who inhabit the Rothenian plains have no shortage of threats, but few are as troubling as the recent outbreak of the black strangles. Once a disease confined to livestock and cattle, the affliction’s jump to centaurs has spread fear, confusion, and near panic. Despite the resources centaur leaders are pouring into developing a cure, the black strangles continues to spread.

While most of the tribes seek a cure for the affliction, a small minority who style themselves “Liches of the Plague” or Khar Khul have turned to the rot as a source of strength and pride and even channeled it into a source of power.

These Khar Khul arose from within the Long-Teeth packs, and while the cause of the black strangles remains unknown, those who have embraced the disease have a lower mortality rate than those who merely suffer from it. This curious fact suggests that the disease’s cause, or possibly the disease itself, has intelligence or at least an agenda. The Khar Khul fanatics have even developed a rudimentary druidic tradition around the plague and believe it enhances the magic they command. The Khar Khul gain converts among those fearful of death from the affliction, but despite the progress they have made in this fashion, these druids remain ostracized by most centaur tribes. Their horrible, rotting appearance also spurs revulsion in most other creatures, including wild animals.

Aside from their evident push for expansion, the goals of the Khar Khul remain as mysterious as the black strangles itself. Some believe they are helping centaurs survive the disease; others view the cost of their approach as too great. It is true that while their path to power is unorthodox and considered distasteful by many, Khar Khul have been known to aid travelers and even become adventurers.

The Circle of the Black Strangles is made up of those desperate to avoid painful death at the hands of the plague mixed with those who seek power for its own sake. Not a true druidic circle in the normal sense, the Khar Khul rule those weaker than themselves with threats and intimidation. As a member of this group, you might use your power to heal those you deem worthy, but it’s just as likely you simply seek to visit new anguish upon your foes.

When you choose this circle at 2nd level, you learn spare the dying as a bonus cantrip.

Starting at 2nd level, your teeth have elongated, yellowed, and hardened far beyond their natural form, increasing their use as a weapon. You gain a bite attack that deals 1d6 necrotic damage, and if the target is a living creature, it must succeed on a Constitution saving throw using your druid spell save DC or take an additional 2d6 necrotic damage. If you are using Wild Shape, any bite attack you make deals its normal damage and necrotic damage on a successful hit. If the target fails its save by 5 or more, it contracts the black strangles.

In addition, no magic can cure you of the black strangles. Though the disease is not fatal or even debilitating to you, you cosmetically suffer all its physical effects. The GM may grant you disadvantage on Persuasion checks and/or advantage on Intimidation checks as a result.

Your mystical connection to the black strangles infuses you with the ability to cast certain spells. At 3rd, 5th, 7th, and 9th level you gain access to circle spells connected to the horrific disease.

Starting at 6th level, your body has adapted to the presence of the disease within you. You have advantage on saving throws you make to resist nonmagical diseases.

In addition, any beast you summon deals 2d6 necrotic damage in addition to its normal damage when it hits with an attack.

When you reach 14th level, you have become one with the black strangles. You are immune to normal diseases and have advantage on saving throws against magical diseases.

In addition, the disease has fully developed within your body and seeks to replicate itself and spread. A creature that touches you or hits you with a melee attack while within 5 feet of you takes 1d10 necrotic damage.