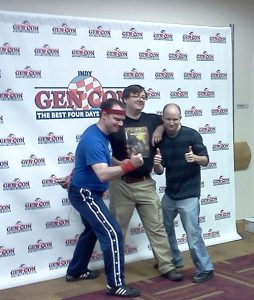 With Gen Con 2012 in full swing now, we have had a sighting of the Chosen Garb for the mighty and fierce Open Design kobolds. Before the convention, Midgard patrons suggested several potential slogans for clothing by which you can identify wise Open Design kobolds, and we have captured this image! So, if you seek out the teachings of the kobolds at Gen Con, watch for the words “The World Serpent Awaits” on our ever-so-wise kobolds. You won’t regret it.

One of the first to see the new shirt was none other than Bill Cavalier, the Dungeon Bastard! He interviewed Wolfgang for the con, and we’ll post the video when it goes live. 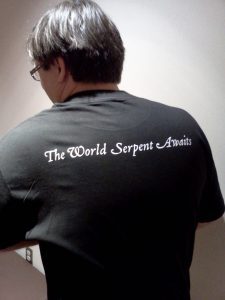 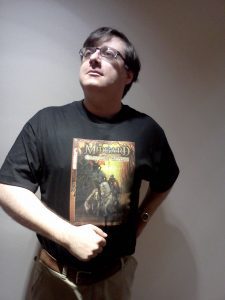