Skip to content
Home / Delve into the Depths in the Kobold Blog / Prepared!: Clouds Come Down 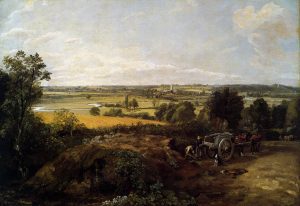 We started there, a mote from the heavens; we’ll return there—if the sky will have us.
—Archdruid Naqua of Tellwood

A bit of intrigue is just what your party’s stroll through the wilds requires. Today, Prepared! brings you a bit of the sky with this elementally imbued scene.

The road vanishes now and again, but, for the most part, guides you onward. It is not a bad day for travel, but it is also not a bad day to be a gnat—gathered swarms of biting dots surround you. The clouds are thin and wispy; they seem a god’s afterthought.

After you turn a bend in your mostly reliable road, you bear witness to a strange sight a hundred feet ahead: a cloud is falling heavily from the sky. It lands on the soft grass—such that the air from its descent flutters your clothing and hair. A cloud has come down in front of you.

Though they don’t yet know it, the adventurers now stand a hundred feet from an air elemental. Observing it from this distance provides no further information. The following information should be freely provided as the party investigates:

Use the following information as the adventurers determine how to react to the elemental:

If the adventurers successfully heal the elemental, read the following:

The creature swirls up to its full height, launching dust and debris into your faces. It hovers a moment then dissipates into a faint blue haze. A small orb now sits where the elemental fell; mist swirls constantly over its surface. The elemental has left a token of thanks.

The orb is a minor magical treasure. Its possessor receives a +1 on any rolls to resist forced movement.

3 thoughts on “Prepared!: Clouds Come Down”