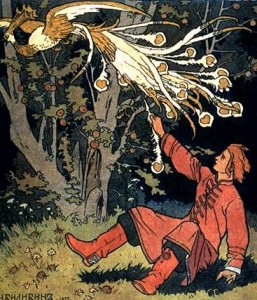 I’m minding my own business, walking to lunch, and I think, “Would devils give player characters STDs?”

That was probably the moment I decided that, yes, perhaps Courts of the Shadow Fey is pushing things quite far. This adventure overturns certain default assumptions about 4E combat and the presumed monster mixes. It includes information as treasure in at least one instance. Mostly, it’s been designed and tested with the assumption in mind that gamers are interested in more than a kill-loot-repeat cycle.

Courts of the Shadow Fey includes a little sex, lots of illusion, a fair bit of lies and betrayal, and more than a little creepiness that would not be out of place in a Rob Zombie or Mike Mignola movie or comic. In other words, it has been an awful lot of fun.

And why the hell shouldn’t it be? …

To date, many 4th Edition D&D adventures have been a little dull for anyone more interested in exploration and roleplaying than in combat and tactics. I love the tactical part of RPGs well enough, but I don’t want to play it constantly—and at my table, I generally don’t. So, despite all the great combat tools in 4th Edition, I spent a lot of design time creating practical detail for villains, setting up options to resolve conflicts, and creating NPCs in the “shades of grey” style—courtiers and rogues who might work with the party, or against it.

The project patrons have been remarkably patient with this approach. Yes, I occasionally broke the assumption that combat is a team-based activity. Yes, there’s been some dancing around the minions rules. Yes, I offered two (optional) approaches to speed up combat considerably. Two maps are non-standard but appropriate for their encounters. Overall, though, the results of wild brainstorming are tempered by the cold light of mechanical detail.

In other words, yes, there’s demon sex. But there’s also tactical combat, for those who like that sort of thing. And it’s possible that demon sex and tactical combat share rather a lot in common.

The adventure goes in some odd directions, but not to worry, we touched it with cold iron to be sure it wasn’t all trickery and flim-flam. The playtesters went through all of the odd encounters and most of the standard ones to make sure the experiments all actually work in play.

I’ll offer two quick suggestions here to show you what I mean. First, the adventure contains a significant amount of illusion; the shadow fey love shadow magic and illusion, so their courts needed to reflect that. However, in design terms, it’s a huge waste of space to spell out every little illusion and every false vision. So, to provide the illusion of more illusions, there’s a simple table that provides the GM with about 20 illusory games that the fey can play with visitors—as far as the players are concerned, that’s plenty, and it means that the GM can always choose something good and run with it, rather than shoehorning illusions in when the party is ready for something else.

It’s not perfect. Heck, it’s not even edited yet. But if you’d like to put a serious spin on your paragon-tier adventuring, might I recommend you consider becoming a patron? The project will ship to the public later this summer, of course, but I think the discussion and bonus material for the patrons could make it worth your while. Demons, devils, and 100 goblin servants, slinky courtesans, and deadly blademasters await your decision. Choose well.