Skip to content
Home / Delve into the Depths in the Kobold Blog / Preview of Red Eye of Azathoth, Part 2: Secrets of the Servants 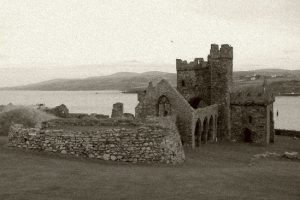 From the very beginning of the order, the Servants have been preparing for the end of the world, putting contingencies into place in the event that the 5 blackest rites mentioned in the Codex of the Harbinger Star ever come to pass. Several nearly complete reproductions of the Codex exist in the Servants’ vaults for study (written in various dead languages), however, none of them are complete in that they do not include the Codex’s final passage — the Psalms of Azathoth. (The original Servants were never able to decipher the Psalms, and were unable to reproduce them before the Codex was stolen by Lei Peng, the Codex’s original author.)

Accordingly, the Servants always move quickly to secure the Codex whenever rumors of its reappearance surface, to prevent anyone from unlocking the Psalms, which some Servant scholars theorize hold the keys to understanding the mechanics of reincarnation.

Decisions are made on the basis of simple majority, with 4 votes required before action may be taken. The members address each other by the identities of their masks, all Egyptian in origin, by referring to each other as “Brother Anubis” or “Sister Isis”, etc. The seventh member, the Pharaoh (whose mask is identical to Tutankhamen’s burial mask), votes only to break a tie.

Occasionally, members who have bring information to the order which requires a vote are allowed to sit inside the circle. They bear silent witness to the Inner Eye’s deliberations, and may be required to carry out its wishes. 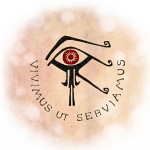 The Servants’ Eye Symbol
The Servants’ symbol is an unblinking eye and clearly illustrates the order’s Egyptian origins. The Servants’ Eye represents the ever-vigilant nature of the Servants, and is essentially a stylized Eye of Ra, which was traditionally a mystical symbol of protection and power in ancient Egypt. The iris of the eye is red with a small star configuration, representing that the Eye of Azathoth is always in their sight. Servants must wear the symbol somewhere on their flesh, in a location that does not regularly see the light of day.

Joining the Order
Vivimus Ut Serviamus – the Servants often have this motto “We Live To Serve” tattooed into their flesh, for they live and die by it and it perfectly exemplifies the Servant mindset. From this core belief, all would-be Servants must pledge to uphold the 3 basic tenets of the order — the Vows of Service, Sacrifice, and Secrecy. Membership is typically inherited, and if a member deems their child worthy, the Inner Eye will convene and vote on their acceptance into the order. Rarely, individuals who aid a Servant or who are deemed to be of great worth to the order are approached for membership as well.

Vow of Service:
At all times, a Servant must remain vigilant and do all that he or she can to safeguard mankind, and that end alone will always justify the means by which it is accomplished. Included in this vow of service is the unspoken recognition that sometimes, man must even be saved from himself. To that end, the Servants direct their efforts against those horrors from beyond that become known to them, as well as against those who might try to summon these forces or dabble in things that carry dangerous consequences for those around them.

Vow of Sacrifice: If the Servants must spill their own blood to protect mankind, they are more than willing to do so. If they must travel to the ends of the earth and recover an artifact for safekeeping or see that such an artifact is destroyed, the quest is undertaken without a moment‘s hesitation. If saving mankind means razing an entire town, while slaughtering every man, woman, and child in the process, so be it. The needs of the many always outweigh the needs of the few as far as the Servants are concerned.

Vow of Secrecy: Once a Servant, always a Servant, and breaking from the organization is done so only under pain of death. Such are the secrets the Servants keep, many of which are so dangerous that they simply cannot suffer a rogue member or an ex-agent who might use those secrets and endanger their objective. The secrets of the order must be kept hidden from the world, and where necessary — recovered, at all costs. Ex-members often find that nowhere is safe and places to hide are few and far between, for the Servants’ reach is long indeed. Servants take the secrets of their order with them to the grave.

The Riddle of Stars
The Servants’ secrecy is their primary concern and having their plans discovered by non-Servants has long been a fear of theirs. To that end, Servants commonly use the following cryptolect (known as “the Riddle of Stars”), by sprinkling it into their conversations with their contacts to identify fellow members of their order. Servants often repeat a portion of the following phrase (and not always in order), and they expect their contact to complete the passage:

Man has long looked to the stars,
Ignorant that the stars look back.
We who serve man may serve man best,
By gouging those eyes that look too closely.

Neophyte Servants would do well to memorize this passage, as repeating it incorrectly or with even a moment’s hesitation means at best that their Servant contact will worry about their true loyalties, and at worst might actively work to bring about their demise.

Teaching the Riddle to non-Servants is punishable by death, often leading to the execution of the non-Servant. The only exception is when they are somehow valuable to the order, in which case they may be given the option of joining. This form of recruitment is not ideal, but circumstances bring some strange men and women to the order.

Learn more about the Servants of Man — and save the world from Apocalypse — by observing or contributing to the design of the adventure as a patron. Support the Red Eye of Azathoth today!