Skip to content
Home / Delve into the Depths in the Kobold Blog / Prepared!: Dungeon Props 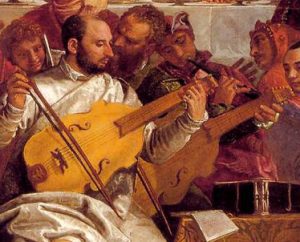 You’ve made a great dungeon. It has riveting plot hooks, compelling challenges, custom-made traps, and all the atmosphere of an ‘80s goth music video. Now what’s needed are a few flavorful bits to finish it off. Prepared! is here to help with a worthy dungeon prop ready to drop into your spelunking masterpiece.

The following dungeon prop is designed for use in a wizard’s quarters or tower. Alter effects as you see fit.

Once, on a night when certain stars aligned with certain planets and the celestial body containing them aligned with several other galaxies in an arrangement unseen since the beginning of time, Jastrix the Attemptor successfully created an enchanted item. The enchanter’s failures are legendary, and his misfires and cursed objects litter the world; his enchantments most often find homes near the back of shelves or the depths of drawers unopened for decades.

Jastrix was hired by a wealthy noble to deliver a fun and light-hearted enchantment for a party at the noble’s estate. “Something that might tickle a fancy or two,” were the precise words spoken before the contract was signed. Jastrix was invited to present his entertaining magical object at the party, and the nervous enchanter was delighted when his glowing sphere delivered all the intended effects; it also delivered one unintended effect. Toward the end of the party, one giddy guest tapped the sphere and rather than magically trading places with another guest in the room (an adjusted teleportation spell), the woman disappeared entirely. Jastrix slipped out the servant’s door and in a manner most familiar to the Attemptor, quietly escaped the city.

The enigmatic sphere of Jastrix the Attemptor is a grapefruit-sized clear glass ball set inside a wrought iron stand. It takes on a faint white glow when its various effects are invoked. The sphere is covered by a lined satin bag with the initials JA embroidered in silver thread near the top seam. The sphere and stand weigh 40 pounds, and attempting to separate the two objects destroys the magic. The sphere’s effects are purposefully randomized, and the command word to invoke the object’s magic is lightly engraved into the base of the stand. Activating the sphere requires the user to touch the sphere and utter the command word. Once spoken, the word will cause one of the following effects (unless noted, all effects last for 1 minute):