Skip to content
Home / Delve into the Depths in the Kobold Blog / Prepared!: A Mother’s Face 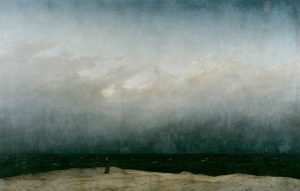 They listened to her sweet song—a melodious remembrance of a gleaming spire bathed in moonlight. “Alden by the sea, she waits there for me…” the creature crooned, and as they listened, her kin ate from their skulls—none raised the slightest complaint; the owl with a mother’s face.

“A Mother’s Face” is a fifth edition scenario that challenges four 5th- to 6th-level characters, and it includes the owl harpy, a creature from the upcoming Tome of Beasts book from Kobold Press!

The Pass of Song and Feathers provides passage from a remote coastline through tall sandstone cliffs into a vast desert. Just past the valley lies the ruins of a city that sprouted trade roads and featured a legendary oasis at its heart. Many adventurers have mounted expeditions to the city ruins, hiring ships to sail them along the coast to the pass’s entrance. Those who return to their sandy camps do so without their sanity.

PCs arrive in the area for their own reasons, and once there must walk the thin trail through the crumbling cliffs. The caves and crevasses hide all manner of beasts, but most fearsome of them all is the creature whom the sailors simply call Mother. A fearsome queen of a harpy roost, the owl harpy has two eternal yearnings: to prevent outsiders from reaching the ruins beyond her domain, and to feed her roost with mortal flesh. PCs wishing to explore the ruins must face the queen’s song and dwindle the foul harpies’ numbers.

Adventure Element A: Echoes of Destruction

Whatever caused the destruction of the city just beyond the pass was so strong that magic from that fateful event remains in the area. Spellcasters preparing spells during a long rest must make a DC 12 Casting Ability saving throw or find that one quarter of their prepared spells are determined randomly.

A long stretch of white sand follows the coastline as far as you can see. A hundred feet east, the sandstone cliffs rise to impressive heights. A cool breeze from the ocean rustles the stunted grasses growing in small clusters in the sand. Cold and abandoned campsites dot the approach to the pass that cuts through the cliffs like a thin blade.

The beach is an excellent place for the PCs to explore and discover information that reinforces the region’s storied past.

Camps of Old. The camps require no checks to spot. They were made at different times ranging from recently to decades ago. They have fire pits and rotting crates, and they feature tattered banners from unknown companies and kingdoms lost to history. A DC 15 Wisdom (Perception) check uncovers a leatherbound travel log hidden under a crate. The log is mostly uninteresting information on sailing to the pass. A PC who spends an hour reading the journal thoroughly discovers mention of a woman’s voice singing woefully from deep within the pass. A DC 17 Wisdom (Perception) check reveals a well-hidden scroll of blindness/deafness (cast as 3rd level) hidden in the sand.

Climbing the Cliffs. The cliffs are treacherous to climb, but stubborn athletes armed with resolve and proper equipment might make the attempt. Climbing the inconstant cliff face should be a deadly hazard. DC 15+ Strength (Athletics) checks should get increasingly more difficult the higher the climber gets. Falling from the cliffs triggers bludgeoning damage that threatens the life of the average level 5 PC. Read the following to successful climbers and PCs who can fly to the top:

The view from atop the cliffs is astounding. To the east, the desert meets the craggy coastline, and hints of ruined buildings lie just on the other side of the pass. The ground at the top is treacherous and deadly; the cliffs descend to the desert in broken and sharp crags. The pass offers a sensible path.

If the PCs do not use the pass to access the ruins and the desert, ensure their walk across the sandy tops of the cliffs is difficult. Perhaps they slide into some deep crevasse, where the harpies press the advantage.

Battles on the Beach. Depending on where the PCs are in their adventuring day, you may challenge them with combat encounters on the beach. Gnolls travel the coastline regularly since it provides a road around the desert. Their leader possesses a cowl displaying strange feathers collected from near the mouth of the pass.

Area 2: The Pass of Songs and Feathers

A narrow path slices through the cliffs and winds its way on an unseen trajectory through the sandstone and rocks. Cave openings high above suggest tunnels and chambers reaching into an unexplored cave system. Small creatures scurry into dark cracks and crevasses before you. The air is cool here, and your footsteps echo endlessly into the broken walls of the pass.

Shortly after the PCs embark through the pass, they find strange feathers on the ground. A DC 10 Intelligence (Nature) check confirms the feathers support flight but are likely not local avian fauna. A DC 14 Intelligence (Arcana) checks suggests they come from harpies, but some are larger and unidentifiable.

The caves of the pass offer an opportunity for you to have the PCs sidetrack into a dungeon crawl. Perhaps the tunnels lead to a buried vault in the ruins beyond the pass, but the PCs find themselves pursued by harpies, who flock and murder in the shadows. There are opportunities to foreshadow the ruins as well, with the skeletal remains of the city’s survivors as they fled their homes to take refuge in the caves.

Confronting Mother. Continuing along the path, the PCs eventually arrive in a clearing as it widens and reveals the harpy nest:

The cliff walls recede on either side as the pass widens considerably ahead. A foul smell arrives from around a bend. Pressing on, you see a semi-circular clearing roughly seventy feet across. A mass of desiccated branches sits 10 ft. above the ground; attached to the stone wall by some vile-looking mortar, the strange assembly quivers slightly. Suddenly, a matronly face appears from the interior and regards you. Wreathed in feathers, her visage portrays a sense of deep caring. She smiles sincerely and opens her mouth to speak. A song rises in place of a greeting, and is soon joined by other voices.

The owl harpy and a few of her flock are overjoyed the PCs have arrived. The combat features the owl harpy and one (CR 7) or two (CR 8) additional harpies. The harpies begin combat using their luring song. The general tactic of the monstrosities is to hover out of melee range and wait to see if the owl harpy’s hovering darkness ability successfully renders a PC unconscious, at which point they descend and target the fallen with their melee attacks. The nest provides a possible choke point for the PCs to use, as the harpies cannot attack from above and must engage from the ground. The nest is extremely flammable and burns to ash within 2 minutes of being exposed to open flame. While the harpies fight to the death, the owl harpy attempts to disengage and flee if defeat is imminent. Mother may return later with reinforcements, and may continue to harass the PCs even as they enter the city ruins beyond the pass.

The beach may contain valuables left behind by previous explorers. A potion of flying may open new paths of exploration—though the likelihood of a mid-air harpy attack is high. The treasure found in the harpy nest can be tailored to suit your campaign’s generosity or stinginess, but magic items that link thematically with the ruins are an excellent start. Perhaps a shield bearing the insignia of the fallen city guard (shield +2), or a priest’s staff adorned with amber-encased scorpions (staff of healing). Or the owl harpy’s taloned foot (figurine of wondrous power: serpentine owl) can be used to summon a helpful guide as the PCs explore the region.

What happened to the city beyond the pass and why did the strange owl harpy remain in the area keeping adventurers away? What secrets do the caves and caverns accessed via the pass hide?