Skip to content
Home / Delve into the Depths in the Kobold Blog / Mastering the Mechanics: Features that Decrease Damage 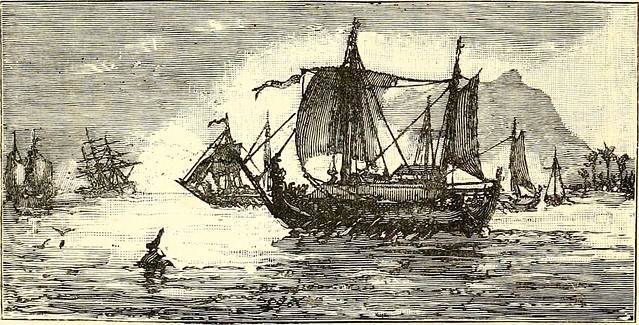 I recently played in an Adventurer’s League game (at D&D Live 2019) where the GM accidentally gave our war machine damage reduction 20 instead of a damage threshold of 20. This is an easy mistake to make, especially for those used to older editions, but it made a big difference in the longevity of our war machine; the vehicle took much, much less damage as we were hit by lightning guns and wrecking balls and sonic blasts from other vehicles. It didn’t really affect the story or the outcome of the game—our war machine was still pretty much wrecked, and we jumped ship to an uninjured enemy vehicle—but it’s a good example of an uncommon mechanic that’s easy to get wrong.

Damage reduction was extremely common in the 3rd Edition era; many monsters, including demons and devils, had damage reduction against most attacks. Mechanically, damage reduction X means that the creature or object takes X fewer points of damage than the attack would normally deal. So a longsword attack that deals 11 damage against a door with damage reduction 5/magic would instead deal 6 damage unless the longsword was magical.  However, damage reduction doesn’t exist at all in 5th Edition; it was replaced by resistances to specific damage types.

A damage threshold means that the object (it’s usually an object like a ship) has “immunity to all damage unless it takes an amount of damage equal to or greater than its damage threshold, in which case it takes damage as normal.” A sailing ship has a damage threshold of 15, so if a pirate with a crossbow hits the ship for 7 piercing damage, the ship takes no damage. The idea is that small amounts of damage to large objects (like a crossbow bolt in the side of a ship) are so insignificant as to be meaningless. However, if the pirate fires a cannon that deals 18 bludgeoning damage, the ship loses all 18 hit points.

There aren’t any monsters in 5th Edition that have a damage threshold, but many creatures have damage resistances, vulnerabilities, or immunities, especially at high challenge ratings. Note that resistances (and vulnerabilities) don’t stack, so a tiefling with a ring of fire resistance still takes half the normal amount of fire damage. Resistances and immunities effectively increase a monster’s hit points.

Vulnerabilities should be intuitive, but I personally enjoy monsters with a vulnerability as both a player and a GM since it rewards clever play. However, monsters can have other weaknesses that reward creativity; the fire elemental doesn’t have any vulnerabilities, but it does have a Water Susceptibility feature: for every 5 feet the elemental moves in water or for every gallon of water splashed on it, it takes 1 cold damage.

Since damage thresholds are traditionally only applied to objects, it’s a mechanic that hasn’t really affected most combat in 5th Edition. With new releases, however, ship-to-ship battles and war machines and the like will bring damage thresholds into more combat scenarios. Could damage thresholds also be applicable for large constructs or siege weapons? The overall design philosophy seems to be that it’s not worth complicating the stat blocks of equipment or monsters by adding damage thresholds. I generally agree with this, especially since damage thresholds can be frustrating for players who don’t deal huge bursts of damage, but—as always—you can do whatever you want at your own table.

Creating a statblock is always a balance between realism (making sense in-world) and elegance (being easy to run at the table). What kind of strengths or weaknesses for creatures and objects do you think encourage streamlined combat and creative play? Leave a comment below, and let us know what mechanics you enjoy in your games!

2 thoughts on “Mastering the Mechanics: Features that Decrease Damage”