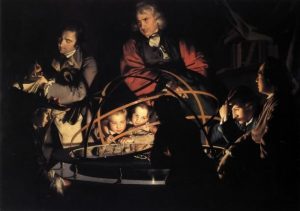 We weren’t ready for Planescape. We were happy with our medieval analogues, playing brave young men and women from the local village, setting out in search of fame and fortune. But this was different. This was weird.

First session went something like this: “This is the center of the universe. No one knows for sure exactly where it is but it’s shaped like a doughnut, run by 13 philosophies, and contains doorways to everywhere in existence.” After that, things got a lot more confusing.

A bunch of greener, more fourish conies you have never seen. Top shelf cutters we were not. We did all the stereotypical clueless things: “what’s over the edge of Sigil?” (eek!), “Who’s that chick with the pointy face?” (Aargh!), “If this is the hive, where are the insects?” (urgh!), and “I don’t know what a baatezu is but maybe we should sign up for their war?” (D’oh!). And yeah, we even trusted tieflings…

We completed the first published adventure and, to this date, have no idea what the hells was going on (“everything caught fire” is the best we can work out). In time, things got slightly better: we quested for intangible things with all too tangible repercussions, we discovered that the upper planes can be just as dangerous as the lower, we learnt about factions and joined them and promptly hated each other for philosophical reasons that had nothing to do with alignment (we got over it… after about 5 years of real time). And we died. A lot.

Sometimes the blood was so deep, PCs survived only because someone lifted their unconscious faces out of the gore. We renamed the setting “Painscrape” and players (not characters) actually threatened to go on strike about 3 weeks into the adventure Fires of Dis, it was so utterly horrible. Its 16 years later and we still use “ASK THE MAGGOTS TO STOP WRIGGLING???” as an exclamation when the DM says we should obviously have done something utterly ridiculous.

Where Are You Going With This, Dan?

I have a point, I promise. It’s about gaming with a sense of wonder and discovery.

Imagine playing Against the Giants in 1978, meeting your first drow and having no idea what they are. Imagine your first flickering torch-lit expedition into the Underdark (or the Abyss!), having none of the familiarity with its powers and tropes that comes with time or a quick trip to Wikipedia. It’s all virgin soil, unknown territory: the scenery strange and wondrous and out of this world, the magic unknown, and the creatures unfathomable. It’s still the same game—we still roleplay and kill things and take their stuff—but also something genuinely original and different. Like Oz or Wonderland, there are rules, but can you tear your eyes away from the chaos and glory of it all to learn them? Dare you peer behind the curtain (“pay no attention to the little man behind the curtain!” bellows the great Mask of Oz) into the secret, behind-the-scenes life of angels and devils, gods and departed souls?

That’s where we’re heading with Dark Roads & Golden Hells, to the ragged, bleeding edge of reality to channel that old Planescape spirit still alive after 17 years and multiple editions. Because I want my mind blown all over again.