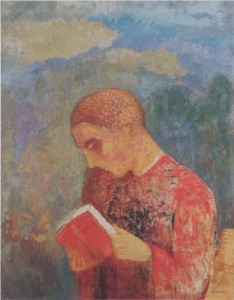 Most magi seek a balance between steel and spell, though some may focus a fraction more of their attention on the martial or arcane aspect of their unique fighting styles. Some, however, seek to expand their repertoire, experimenting with a wider variety of skills and abilities. Presented below is a new archetype for the magus. The iron fist magus uses magic to transform his or her body into the perfect weapon.

Arcane Horseman (Su): The magus can choose to expend points from his or her arcane pool to create barding for mounts conjured with the mount or phantom steed spells. The barding is weightless and imposes no armor check penalties. The magus can expend up to 2 points as part of the casting of the spell, and the barding provides 2 AC per point spent.

Fear Strike (Su): As a free action, the magus can demoralize a foe with an Intimidate check after successfully damaging the foe with a spell cast using the spellstrike ability. The magus receives a competence bonus to Intimidate equal to the level of the spell.

Iron Fist (Ex):The magus deals damage with unarmed strikes as if he or she were a monk of half his or her magus level. If the magus has levels in monk, this ability stacks with monk levels to determine how much damage the magus can do with unarmed strikes. The magus must be at least 9th level and have the Improved Unarmed Strike feat before taking this arcana.

Iron Resilience (Su): The magus can expend 1 point of his or her arcane pool as an immediate action to gain DR 1/magic and the benefits of the Diehard feat for a number of rounds equal to the magus’s Intelligence modifier. The DR increases by 1 for every 5 levels to a maximum of DR 5/magic at 20th level.

An iron fist magus seeks to transcend the confines of his or her mortal state, striving toward both mental and physical perfection. Unlike a monk, an iron fist magus studies the secrets of the arcane, blending spell and martial skill together.

Class Skills: The iron fist magus adds Acrobatics to the list of class skills in addition to the normal magus class skills.

Arcane Body (Su): At 7th level, the iron fist magus may expend 1 point from his or her arcane pool as an immediate action to reroll a saving throw against disease and effects that would cause the iron fist magus to be fatigued or sickened. The iron fist magus gains a +4 bonus to the reroll, but must accept the result of the reroll, even if it is worse than the original roll. At 11th level, an iron fist may use this ability to reroll a saving throw against poison, and effects that would cause him or her to be exhausted or nauseated. This ability replaces the medium armor and heavy armor abilities.