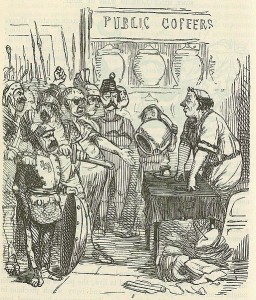 Warfare has permeated history since the first mortals ever drew breath. Whether the motive is a matter of pride, a warm place to sleep, or even boredom, war has existed in all forms and will continue to exist until the end of time. Even the gods conduct war, bickering over notions far more confusing than any mortal could understand.

Mercenaries in popular culture are often portrayed as uncaring individuals whose only desire is to see profits from dangerous work. While much of this image reflects the truth, often soldiers of fortune work for causes greater than themselves. Presented here is an optional theme you can apply to your character, especially if you are considering the mercenary as your character’s backstory. You may also find this background combines well with the options presented in Soldiers of Fortune, an Open Design product introducing the fantastic and exhilarating world of mercenaries…

Mercenary
Mercenaries are often defined as forces organized outside of conscription, bolstering existing military operations. While usually bound by the laws and edicts of warfare, mercenaries mitigate weaknesses in a general’s army.

As a mercenary, you have chosen this line of work for its pay and prestige, and you may have little to no interest in loyalty or fealty to kingdom or cause. You have accepted your lot in life and are using your talents and abilities to forge an honest living.

Mercenaries come from all walks of life and from all professions. From the book-smart wizard to the dastardly rogue, mercenaries are more than brutes with weapons.

Mercenaries have a propensity for combat in close quarters, and most prefer the element of surprise and unorthodox combat.

MERCENARY EXPLOITS
The powers presented below are available to any character who has applied the mercenary theme.

You take advantage of the battlefield and slip into the perfect position.

Call Out Your Foe (Mercenary Utility 2)

You can coax your enemies out of their hiding places.

Encounter
Minor Action                     Close burst 10
Trigger: A creature you have seen during this encounter becomes invisible.
Effect: You mark the creature, and it becomes visible until the end of your next turn.

You bully your opponent into the perfect position.

You call out one enemy for a duel to the death.

You deliver a precise attack, setting you up for a devastating follow-up.

Your experience in combat helps you to drive your enemies back with devastating results.

Encounter • Martial, Weapon
Standard Action                               Melee weapon
Target: One creature
Attack: Primary ability vs. AC
Hit: 4[W] + ability modifier damage, and you slide the target 1 square. You can then occupy the square the target left.
Effect: Each ally within 5 squares can make a melee basic attack as an opportunity action.

Life at sea has afforded you certain skills associated with working on a ship.

At-Will
No Action            Personal
Trigger: You or an ally is bloodied by an attack.
Effect: You gain a +2 bonus to all damage rolls until the end of the encounter.

Matt James is an industry freelance writer and game designer for Dungeons & Dragons. He has credits with Wizards of the Coast and Open Design and is a contributing writer to Critical-Hits.com and Pen & Paper Games and a regular guest on the Tome Show. When not prancing through various fantasy worlds, Matt is chained to his desk working endlessly on developing his website, Loremaster.org. You can also follow Matt’s gaming insights on Twitter: @matt_james_rpg.