Skip to content
Home / Delve into the Depths in the Kobold Blog / One-on-One Roleplaying: How to Craft a Single-PC Campaign Arc 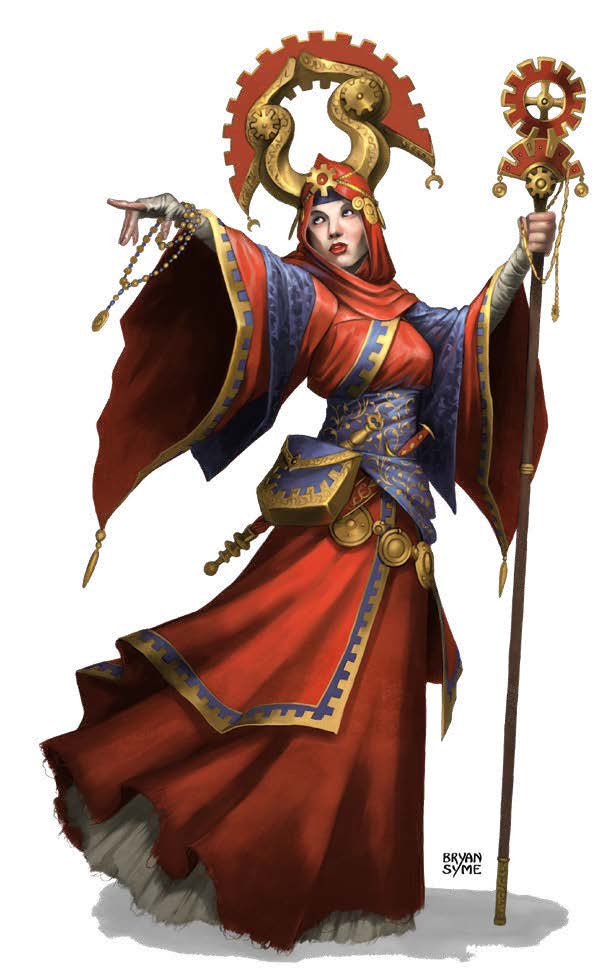 One of the biggest shifts you’ll need to make for your one-on-one game is from campaign arcs built to include many PCs to arcs crafted for a single PC. This is actually one of the changes that many people wind up preferring to group games, but it can feel strange or intimidating at first.

It’s important to keep in mind that the GM is not alone in changing their story approach. The player needs to take ownership of being the story protagonist as well, which entails knowing your character and what they want alongside actively communicating that to the NPCs in the game.

In what follows, we share some ideas for both players and GMs to consider as you start crafting campaign arcs for single PCs, who we’ll be calling the protagonist or main character. The ideas and guidelines below overlap, and responsibilities will also shift based on the personalities and preferences of the two people at the table.

So as you read, we ask that you consider the adjustments for both the GM and the player, regardless of which side of the table you’re on, especially as playing in a one-on-one game is a collaborative, co-creative exchange. For GMs, especially if you’re using a GMPC, you may find some of your prep being more character-focused, like it would be if you were a player. And for players, as we’ll see shortly, you’ll need to know your character well enough to help determine the direction of the narrative and co-create the world.

By campaign arc, we’re referring to a set of sessions or adventures that tie together, most likely through location, theme, BBEG (villain), or a combination of the three. Basically, a campaign arc is like a season of a show—it works on its own and has recurring themes and conflicts, but it also connects to some of the larger plot issues and opportunities for character growth.

Now we just need to look at how to structure those conflicts around a single character instead of an adventuring group. Think Katniss Everdeen and Jyn Erso instead of Frodo and the fellowship. Yes, they all work in pairs or groups, but it’s really Katniss and Jyn’s stories whereas Frodo has to share.

Let’s start with considerations for the player. In this case, you’re responsible for the story’s protagonist, which entails a secondary task for you at the table that’s key to making this pivot: protagonists drive the plot forward.

We don’t want that role to make you feel limited in the type of character you can play though. There are plenty of ways to advance the narrative. At the end of the day, your duet game should allow both you and your GM to play the characters you most want to play. So as the protagonist, does that mean that you have to be a gregarious, take-charge character? Do you need to speak for the whole party?

You certainly can play an outgoing, outspoken character if that’s what you would like, but a more hesitant, reserved character will work here too. It can still be your story. Let’s look at two protagonist archetypes: reactive/reluctant protagonists and proactive protagonists. Keep in mind that these will actually function more as a spectrum than a singular role that your character occupies. And if you get really stuck and need some help with the direction, pop out of the narrative for a moment or two, and let your GM know.

Reluctant protagonists start off in a reactive position, responding to the events around them. Rogue One is a good example of this. Through most of the movie, Jyn Erso reacts to events, taking action after something else has already happened. Oftentimes, this means she’s operating with a more limited set of options because the opposing forces—which are much larger and more powerful than she is—are controlling most of the story board. To clarify, her subsequent (re)actions do serve to drive the plot forward, but it’s not until the latter portion of the movie that we see her truly taking charge and initiating actions.

Perhaps your PC is hesitant, shy, neutral, or caught between two large and opposing forces. Or maybe they’re a studious, methodical person who’s even-tempered and not in a hurry to start a fight, pillage a dungeon, or hunt for monsters. All of these are perfectly fine options! Your GM, in this scenario, will meet you part way and help to pull your PC into the story.

Proactive protagonists are more representative of how we’re accustomed to thinking about main characters in a story, though of course there may be some hesitancy at the beginning. Many, though not all, superheroes fall into this category, as does Katniss or Starbuck in Battlestar Galactica.

For example, at the beginning of The Hunger Games, Katniss’s sister Prim is selected as one of District 12’s tributes. Katniss immediately snaps into gear, volunteering herself in her sister’s stead. As the story continues, Katniss faces off against the entrenched structure of power and decisively aligns herself against it.

As a quick note for GMs, consider how you might use the tension between neutral and warring factions as a tool to challenge the campaign’s main character. Division between two groups might force a proactive protagonist to slow down and consider their loyalties, either because they’ve acted without fully understanding the sides and stakes involved or because they wish to avoid the sort of disaster that premature action can entail. On the flip side, an abuse of power could spur an otherwise reluctant PC into action.

If that doesn’t resonate with you at this moment, that’s fine! Use it as an example of the types of questions you’ll be asking as you design a campaign for one.

And speaking of GMs, let’s transition to our story-smiths! There are many strategies for crafting narratives for a single PC, and the more story examples you think of, the more options you’ll see. So instead of listing a bunch of strategies, we wanted to go in-depth on two strategies so you can see several different ways of using them in your game alongside the sorts of shifts we’ve been asking players to make in how they think about the campaign.

A really exciting possibility for one-on-one gaming is the ability to write PC narratives forward and backward in time as you play. Players, this means that you can continue to develop your backstory as the campaign evolves because you’ll get to know your PC better over time and so will your GM. This is one of the biggest areas where we see people getting stuck trying to get their one-on-one game started, because it feels like you need a fully fleshed-out world and PC, but remember, you’re creating them together.

Similar to the guiding principle for players, that it’s the protagonist’s job to drive the plot forward, GMs, we have a guiding principle for you: whenever possible, tie the encounters and storylines to the PC’s backstory and/or the overarching themes and conflicts of your campaign. Doing this will add a sense of cohesion to your game and help you weave various plot strands together across individual sessions and larger arcs, hence creating a connected story that is directly tied to the protagonist.

This step will also keep the player hyper-engaged and allow them to participate in driving the narrative forward without feeling like they’re directing your carefully crafted narrative train off the rails. Bringing in the backstory can also include the backstory of your campaign. Maybe one week you incorporate the PC’s childhood fear of spiders with something hairy and horrible and then, a few sessions later, you bring in a villain or creature with whom they had a close call or lost an NPC to in your game.

Another question GMs can ask when planning for a one-person campaign is, “What inspires this PC to action?”

For the sake of simplicity, let’s say your player/PC is very empathetic and responds best to plot hooks that involve NPCs. Many of the conflicts you introduce then will be initiated by people they meet or even by their traveling companions, such as your GMPC. If we look at the examples above, the relationship that Jyn and Katniss have to other people is what catapults them into their narratives.

However, and this is the other key to keep in mind, they remain the main characters because there’s something special about them—placement by fate, personality, relationship, and so on—that makes this particular conflict their moment to shine. No one else could have taken Prue’s place as a tribute, only Katniss. No one else could have identified the stardust file, only Jyn.

It’s that sense of singularity—destiny—that your campaign arc will seek to capture for the protagonist as you create a storyline just for them. Our guess is that it will make your player feel really special too.