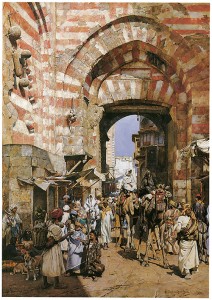 In the center of the Southlands is the great Kusini Plains: a serengeti-like savannah home to countless numbers of wildlife, megafauna, and towering dinosaurs. Many kingdoms and civilizations have risen and fell in this massive area, leaving only remnants and ruins behind.

With the detritus of so many destroyed and once overlapping cultures littering the landscape, characters are sure to run across strange oddities and mysterious bits of junk. Gamemasters are encouraged to make these sorts of items both common and easily found. In general, oddities do not usually have alchemical, extraordinary, or magical powers beyond really minor effects.

Here are some of the oddities that we came up with:

As with the trinkets post last week, now it’s your turn to come up with some oddities. Let’s see how many you can create. But be warned…we just might steal some to include in the Southlands. You can learn more about the Southlands project on our Kickstarter page, too.

7 thoughts on “Oddities and Items of the Abandoned Lands”