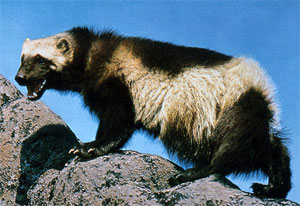 The druid class within Wizard of the Coast’s Heroes of the Forgotten Kingdoms details sentinel druids of spring and summer. If you want to expand your seasonal versatility, take a look at the sentinel druid of winter.

Sometimes the best way to survive is to endure. This is the primal lesson of winter, and it’s the one at the core of your relationship to nature. Like the creatures that are active during the times of little light and scarce resources, you help your allies to outlast your foes. Your chosen weapons are the sling, axe, and spear, which are tools that can be used in the heart of winter to gather the food needed to survive.

Medium natural beast
HP your bloodied value; Initiative equal to yours
AC 15, Fortitude 15, Reflex 13, Will 13; Perception equal to yours + 2
(Add your level to each defense)
Speed 6; Low-light vision

Northern Savagery • Aura 1
You and your allies gain a +1 power bonus to attack rolls while in the aura.

Level 13: Paragon of the Natural Cycle

Enduring that which challenges you is the keystone to your way of life, and you can help your allies better face their challenges.

Benefit: Allies you target with powers that have the healing keyword gain resist all damage equal to your Constitution modifier until the start of your next turn.

Wolverines are ferocious hunters capable of bringing down or driving off other predators much larger than themselves. They kill their opponents by causing massive bleeding at the jugular vein or breaking the neck, and your companion directs this bloodlust against your enemies.

Wolverine’s Bloodletting
Encounter • Primal
Minor Action
Close burst 15
Target: Your wolverine animal companion in the burst
Effect: Until the end of your next turn, any enemy that your target hits with its bite takes ongoing damage (save ends). The ongoing damage is equal to your Constitution modifier.

About the Author
Jeff Dougan is a science educator and father to the Grasshopper, 6, and the Munchkin, 19 months. A lifelong gamer, he writes about playing games with kids for Chambanamoms.com and is the author of the Dark Pact Hexblade material previously published by Kobold Quarterly and the the Snow Queen during the Winter is Coming blog carnival.

7 thoughts on “Sentinel Druid of Winter”