Skip to content
Home / Delve into the Depths in the Kobold Blog / New Paths Compendium Hardcover Preview: The Skin-Changer 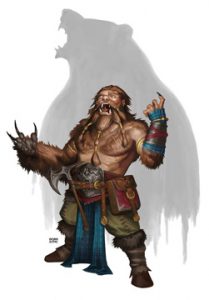 One of these 12 classes is the skin-changer, a full BAB martial class that truly embraces the untamed, animalistic aspects of nature. Rather than bonding with an animal companion, the skin‑changer instead assumes the form of animals himself. He excels in combat, particularly when in animal form, when his animal combat skills make him a force to be reckoned with.

The skin-changer can assume combat-capable animal forms right from 1st level, using his Animal Combat and Animal Shape abilities, both of which scale up as he gains levels. He even gets various talents to choose from, which allows players to customize the class even more.

The skin-changer class has been extensively developed and playtested and is an absolute blast to play!

Pre-order your copy of the New Paths Compendium today!