Skip to content
Home / Delve into the Depths in the Kobold Blog / The Far Side of the Table: What’s on the Horizon 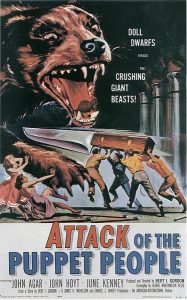 Welcome to the table. This is the final part of a three-part installment of The Far Side of the Table about “teching” your game. In earlier parts, we discussed how you can use projectors to digitize the table and how GMs can turn tablets and cellphones into roleplaying opportunities. In this article, I focus on possible futures for technology at the table. Let’s talk about some successful uses of technology at the table and the implications of augmented reality (AR).

Upgrading the Game: What’s on the Horizon

­Strass and his friends were in over their heads. Standing before them was a horned devil with a wicked spear in its hands. Somewhere nearby was a beholder, slowly hunting them. And if it couldn’t get any worse, the mansion that trapped our heroes was burning to the ground.

Why is augmented reality worth examining and how can it be used to enhance the game? What are some technologies that have been used at the table? What are the pros and cons of these designs and what do they do for the game?

Thinking quickly, Val flung open the door of their room. Pointing out the door, Val cried, “The beholder is out there! Begin your hunt as payment for your freedom.” With blinding speed, the fiend swept out of the room, laughing maniacally. Strass and Tyrash lifted Azreal, moving out into the hallway and toward the exit. Off in the smoke, our heroes could hear the beholder roar in rage, an explosion causing the mansion to shake.

One of the greatest challenges facing the marriage of roleplaying games and augmented reality is the reliance on devices to show what has been augmented. While it may seem exciting to incorporate some of the newest AR programs or design an encounter in Virtual Tabletop, those players still seeking to play in person may find the game less exciting if everyone is looking at computers or cellphones. 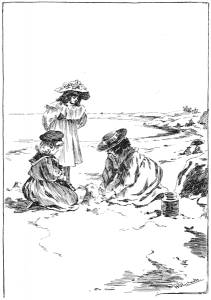 While scouring the internet, I discovered a tabletop design that was fascinating. A Dungeons & Dragons group known as the The Sandbox Adventures on YouTube were videocasting their game. Published in 2015, this set-up utilized a literal sandbox, two projectors and a sandbox AR software (see the link at the end of this article). The software allowed the projected battle map to display topographic realism matching that of the sand. This means that when the GM or players moved sand, the projectors would adjust in real time and the party would experience an immediate change in the terrain.

While the difficulties of having a sandbox ready for your game night may make this piece of technology out of reach, the AR software with its real-time adjustment is important to note. Further development may lead to such software projecting more than simple colors on the table, perhaps more life-like terrain. The technology used by The Sandbox Adventures displays a successful joining of the social tablespace and technology. Both players and GMs can alter the terrain and see their results in real time, leading to more immersive, enhanced storytelling.

Shuffling quickly, Tyrash’s muscles burned from the effort of carrying Azreal’s armor-clad body. Tyrash had no idea where the devil had vanished to. He only hoped that it would be true to its word and fight the beholder that hunted them. Tyrash looked over his shoulder, taking in the steep flight of stairs and the shattered mansion doors. A fresh breeze washed away the smoke that filled the room.

The arrival of Apple’s iOS 11 and the iphone X brings with it the ARkit—a program that allows for quick, user-friendly design of AR scenarios that can be shared by other ARkit users. The results of this could be the development of encounters or scenes that could be viewed by all players at the table, provided they have access to ARkit. GMs may decide to make brief, cut-scene style experiences or possibly show key features of terrain, like mountains or ancient ruins that could be viewed by the players while the GM sets up an encounter or reads text. In its current state, ARkit presents as a day-dreamer’s paradise, but due to its reliance on all players looking into the latest phones, we may have to wait a while to see breakthroughs at the table.

Rushing toward the open doorway, a crash from the nearby shadows stopped our heroes in their tracks. A second later, the devil crashed into the wall, pummeled by blasts from the beholder’s deadly eye rays. Turning to face the beleaguered adventurers, the beholder smiled maliciously. Slowly lowering their friend to the floor, Strass, Tyrash, and Val prepared to fight the monstrous creature.

Miniatures are a specific piece of the game that will most certainly be changed with AR. On February 5, 2017, an AR system known as GAME-ON completed its kickstarter goal. Its focus is on developing playing cards that can be read with AR cameras to produce images or animations. Think about the possibility of making a miniature of the menacing beholder via similar AR systems, allowing players to see the creature in action as it casts deadly spells.

Digitizing your table without fully moving into online roleplaying engines like Roll20 or Fantasy Ground is a definite challenge. For my table, I have no plans to switch into Roll20, enjoying instead the experience of friends sitting around the table. Yet the move to digital tabletops is underway. Wizards of the Coast released Dungeons & Dragons Beyond, offering fully digital character sheets and scenarios while Paizo’s Pathfinder has successfully held a strong presence in online tabletops for a while now. Perhaps it’s time for you to experiment at the table and learn how to blend narratives between a physical and digital space.

Our heroes fought valiantly. Strass cleaved through eye stalks as Tyrash distracted the beast. From above, Val surprised the beholder, landing on its head and sinking his daggers deep. Yet it wasn’t enough and as the beholder recovered, preparing to unleash its deadly magic, our heroes watched in surprise as Azreal charged, half stumbling from where he was laying on the floor, and plunged his gleaming sword into the beholder’s great maw. Spasming, the beholder’s terrible eye rolled back into its head and it fell to the floor, its teeth tearing into Azreal’s wounded form. A silence washed over our heroes. The butcher’s bill was paid—the beholder killed and Azreal dead.