Skip to content
Home / Delve into the Depths in the Kobold Blog / Midgard: Build A New World 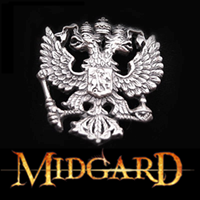 For almost five years now, I’ve shared bits and pieces of my home campaign with you in articles and adventures. And because Open Design is, well, open, “sharing” meant more than merely “publishing.” Those who became patrons of the design projects set in the world I eventually came to call Midgard brought their astounding creativity to bear, making the setting something more and better than I could have ever imagined.

Now the time has come to take a great step forward. I’m announcing the largest and most ambitious Open Design project ever.

I invite all of you to join me—and my co-designers Brandon Hodge and Jeff Grubb—to build the Midgard campaign setting.

With your support, Open Design will launch the world of Midgard as a standalone campaign setting. From its northern wastes to the central city of Zobeck, and beyond to Sikkim and the haunted western wastelands, the seven regions of the world will be yours to run with. 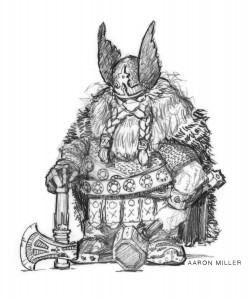 In the tradition of all our recent projects, this world’s design will be guided and critiqued by patrons as we go. We will start with an existing map and all of my campaign notes, expanding, clarifying, and deepening. Patrons can choose to take the world in a variety of new directions, and can add villains, cities, kingdoms, even whole pantheons of gods from their own home campaigns. The world will be shaped for the systems that patrons prefer: that means OGL and Pathfinder RPG and 4E Dungeons & Dragons, of course, but it might also mean using the AGE system from the Dragon Age RPG. If 4E or DA don’t get support, of course, we’ll focus on a single system.

When the project is complete, Midgard will be a seamless whole loaded with hundreds of adventure possibilities, dungeon sites, characters, and plots. We’ll stray far beyond the familiar realms to the Duchy of Perun’s Daughter, the harem of the Mharoti Sultan, to dragon kingdoms, gnomish hells and the distant spires of lost cities and mysteries undreamed-of.

Limited Edition Hardcover, Designer’s Handbook, and More
The resulting worldbook will be released as a high-quality hardcover (our first!) with professional editing, art, layout, and printing. Patrons who join at the Sponsor or Champion level are invited to join a private Midgard game run by one or more designers at PaizoCon or Gen Con.

As the setting develops, some well-known setting creators will also share 8 design essays on world design, from the basics to advanced techniques. Using specific examples from patrons and the Zobeck campaign, these essays will talk through particular problems and reveal how to construct small and large regions for maximum play value. They’ll also be collected in a special Worldbuilder’s Handbook. 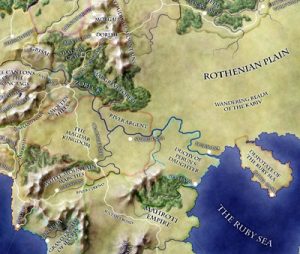 Make no mistake; this project is a fire-breathing monster. We small-but-fierce kobolds are launching an ancient red dragon skyward, with the goal of releasing the hardcover before, during, or shortly after Gen Con Indy 2012. Along the way we have all kinds of fun stuff planned: a blog series chronicling the evolution of Midgard over the years, live chats with the designers (some public, some patron-only), contests and meetups. It’ll be fantastic.

The fires of a singular task burn strong! Review the project details and the video, then join the Midgard project today, and become a fan of Midgard on Facebook—and let’s get started!