Skip to content
Home / Delve into the Depths in the Kobold Blog / Monday Monster: the Suffering Man

Here, then, is the source of the screams. A giant that has been stripped and burned, pierced and flayed until there is nothing left but a mass of weeping sores upon sores, cankers, and wounds. This suffering monstrosity stares at you with sad, lidless eyes and snorts through the hole where its nose once jutted. Its lower jaw has been removed and replaced with an iron vise of nails and a trio of narwhale horns pierce the thing’s head.

In its blistered hands is a huge great sword, its surface stained and aged. The giant leans on this huge weapon like a crutch, and over its should hangs a sack of flayed human skins.

It wheezes as it moves forward, its arthritic bones cracking as it gathers speed.

The suffering man’s only relief from his agony is to challenge opponents to the skittle game. He wagers his gold ingots against one of his opponent’s limbs.

Possessions The Punisher of Liars (+3 unholy large greatsword), sack made from sewn human flesh containing 6 gold ingots (worth 300 gp each), a game of skittles played using sewn human limbs and a boar skull, eight heavy rocks for throwing carved to look like screaming faces, rolls of wire with hefty cobbler’s needles pushed through, a large mattock covered in blood at one end, and an iron maiden.

Agonized Wail (Ex): As a standard action, the Suffering Man can emit an agonized wail that inspires terror in every creature within 120 feet that has fewer than 12 hit dice. Each opponent must make a DC 13 Will save or become shaken. This condition lasts until the affected opponent is out of range. A successful saving throw renders an opponent immune to the Suffering Man’s wail for 1 minute.

Rock Throwing (Ex): The Suffering Man is an accomplished rock-thrower. He can hurl a rock up to five increments (increment range 120 feet).

Tortuous Touch (Su): The Suffering Man can deliver a tortuous touch with a successful melee touch attack. The creature struck by this attack must succeed a DC 13 Fortitude save or take 2d6 points of slashing damage and 1d6 points of Dexterity damage. Furthermore, the affected creature immediately falls prone and lies convulsing and helpless for 1d4 rounds.

The game is played using the character’s throwing ability – the skittles are set 60 feet away and the boar skull is used as the bowl. While the giant can easily hurl the skull, characters make attacks at –2, and its increment for them is 20 feet. Furthermore, the skittles are afraid of the giant and move away from attacks by others. Characters knock over one skittle if they hit AC 20, two if they hit AC 21 and so on up to 27, which knocks all 8 skittles over. For the giant, the skittles start at AC 18.

The Twisted Servant
Broken by centuries of his mistresses’ cruelty, the Suffering Man wanders the lonely tors above her sunken labyrinthine halls and is her first line of defense.

The broken soul hill giant guards the upper caverns above the Well of Dark Wishes, beyond whose terrible depths she lives in undeath. While she lived, the Mistress of Long Suffering (female lich wizard 19) was held captive by giants, and her sickening half-giant children — now long since dead — still attend to her every whim. Scores of tormented and broken soul giants, ettins and titans prostrate themselves at her feet and carry out her every wish. Scores of impaled zombie giants line the walls of her dark lair as testament to her short temper and hatred.
Information on half-giants is contained within Kobold Ecologies Volume 1. 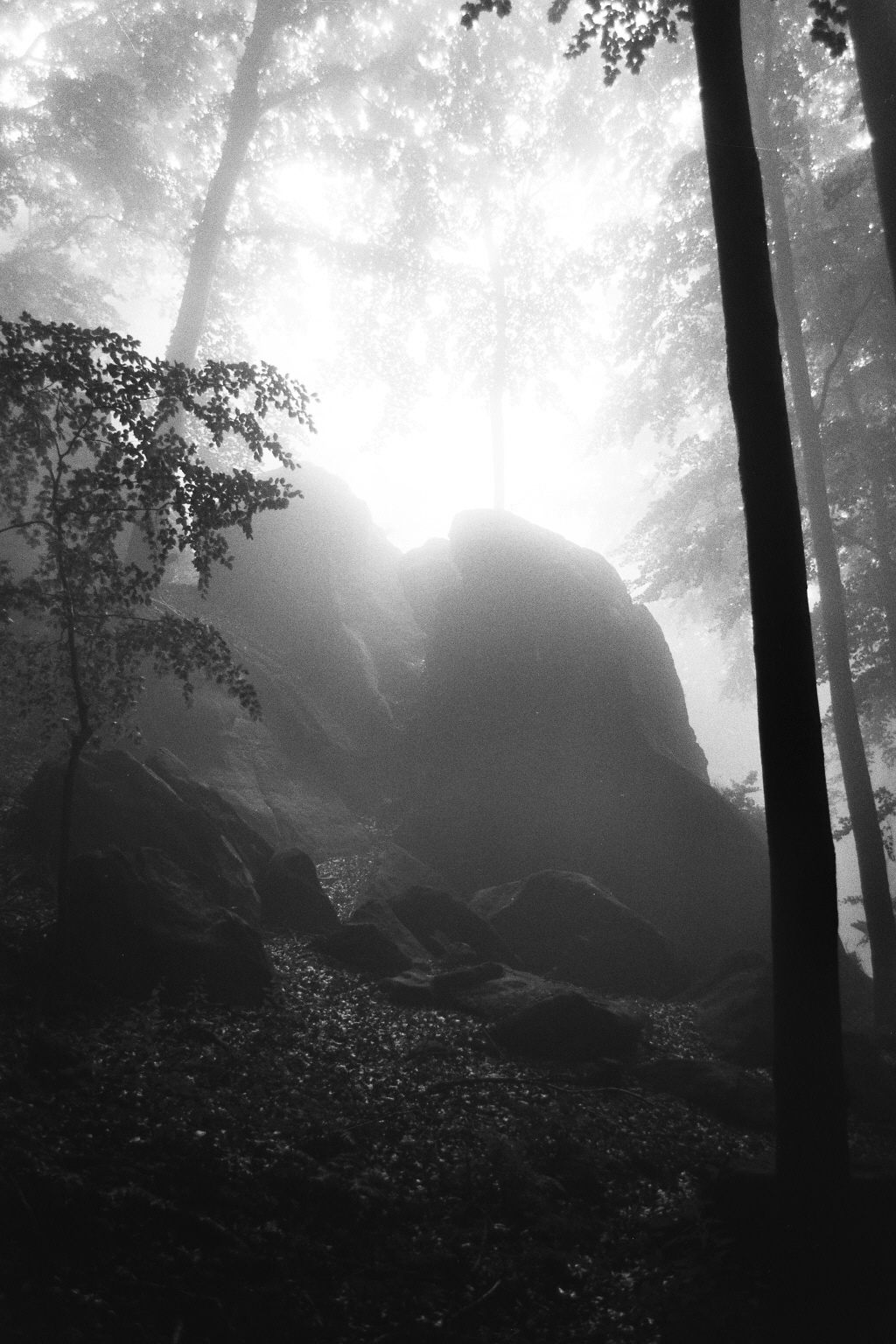 The Leader
The orcs follow it. They dare not, in truth, do anything else. Mounting their owlbear steeds they march to war behind the banner of the Suffering King. The army is growing, and giants are now flocking to the Suffering King’s banner – believing him to be the incarnation of the ancient giant hero Jarl Wolfgrim.

As the army spreads across the land it soon leaves the wilderness behind and begins to encounter the villages of men and gnomes that lie on the edges of the wilds.

The Outcast
Achray Forest spreads across the whole of the North – cloaking the upper flanks of the Great Mountain in its impenetrable green folds.

The beasts stay away from this forest. Even the birds do not venture there, for, hiding from the sight of all things is the Suffering Man – a parody of life that escaped some hellish prison decades ago and who has made the forest its home.

The forest offers by far the quickest way across the North, and to be sure of reaching the port before winter to complete their mission, the brave heroes have but one choice – face the journey through Acray or fail.

The Suffering Man is derived from the “Ecology of the Hill Giant” article in Kobold Quarterly #10: Pick up your copy today.