Skip to content
Home / Delve into the Depths in the Kobold Blog / Encounter Codex: The Wand in the Watched Hall 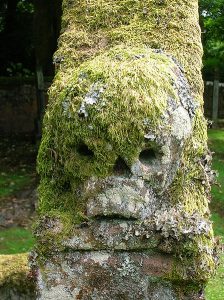 “Encounter Codex” presents individual encounters that can be quickly slotted into any adventure. They are system neutral and easily adapted to any edition (and other games for that matter) with little effort—just add stats. [Previous Encounter]

An arched, 10-ft.-wide corridor stretches far into darkness ahead. Wispy cobwebs drift on the chilly air, gliding along deep shadows that sink into the recesses of the cracked masonry. The pervasive musk of ancient stone is broken only by a hint of what smells like a distant campfire. A floating humanoid figure wreathed in a faint azure light studies you from the gloom.

Floating in the hallway is the ghost of a well-dressed male elf named Valarel. He greets the players in a jovial albeit raspy voice, eager to strike up conversation after centuries of loneliness. His topics of choice are card game strategy, tailoring, and his lover Fiona…

If asked, he reveals himself to be a bard who perished of dehydration after becoming lost in the dungeon. He was initially accompanied by two companions—a human fighter, Bruntor, and a halfling thief, Slice. All three were separated by a teleporting trap.

If the dungeoneers are friendly, he will regale them with a pair of rumors he learned in life. One of the rumors, Valarel asserts, is true, while the other is false. He does not recall which is which:

If threatened, Valarel fights, fleeing only if reduced to 1/10 his hp.

Branching from the corridor is a 40-ft.-long-by-20-ft.-wide, rectangular hall lit by smoldering cressets. At the far end of the hall is an altar draped with a black tapestry, above which hovers a crystalline wand. Set into the wall behind the altar is a 13-ft.-diameter stone face hewn in the likeness of a sneering skull wearing a three-horned helmet. The skull face exudes the odor of sulfur.

Both the wand and the stone face radiate magic if detected for.

The wand is illusory and disappears in a cloud of ash when any creature attempts to grasp it. The stone skull in the wall then fires two rays from its eyes; one or two targets within line of sight of the face are attacked. Creatures reduced to 0 hp in this way have their bodies disintegrated and possessions utterly destroyed.

The face will fire two rays each round until no creatures are within line of sight, at which point the trap resets and the illusion reappears.

If the dungeoneers correctly deduce the true rumor and avoid the false wand, or if they defeat Valarel in combat, award them XP. Award no XP if they ignore the trap and puzzle entirely and move on to another chamber.

The true rumor can be deduced by way of a “truth table.”

If the first rumor is assumed to be false and the second is presumed to be true, it would follow that the treasure the PCs see at the end of the hall must be the “real” wand (as no decoy exists); however, no gargoyle is in sight to guard it, making the second rumor false as well. Since both rumors cannot be false, this must not be the case.

Conversely, however, if the first rumor is assumed to be true and the second rumor is presumed to be false, no contradictions arise—no gargoyle is seen, and the wand is, by inference, a deadly ruse.

If necessary, caution the players against over-thinking the puzzle. Valarel will reiterate that he is certain that only one rumor is true and the other is false, and he has lingered in the hall for centuries, witnessing no changes.

3 thoughts on “Encounter Codex: The Wand in the Watched Hall”