Skip to content
Home / Delve into the Depths in the Kobold Blog / Midgard Icons: The Blood King 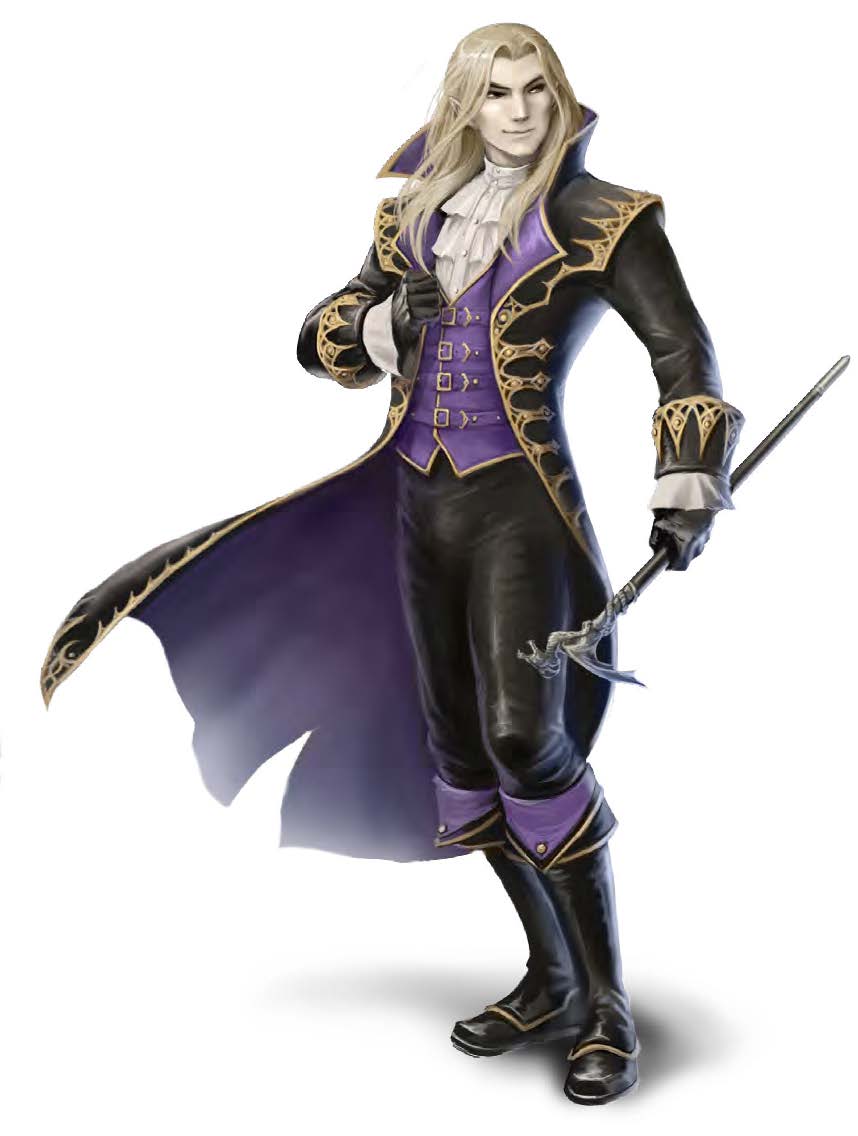 Now, let’s look in more detail at the second of the 13 Midgard icons: Lucan I, the Blood King!

There’s an overview of the 13 Midgard icons here, along with icon relationship mechanics you can use to connect player characters with their world more powerfully in D&D, Pathfinder, and many other RPGs.

Lucan is a powerful vampire who rules a kingdom where the undead reign, and humans serve in fear—a terror that the entire Crossroads region may soon know.

“The one you seek was a guest at my revels a fortnight ago. If you truly desire to see him, I will have one of my servants take you to where he now resides. Or I can provide you with a coach and driver, and you can leave this castle now. The choice is yours.”

The Blood King is usually found in Bratislor, a city of gray walls dominated by Bratis Castle, which sits atop a crag in the center of the city. The castle is entirely the domain of the undead: no living knights or servants are permitted within while many skeletons serve the keep and a company of darakhul and imperial ghouls guards its walls.

The Blood King holds court here each year at the winter solstice, attracting most of the elders and their spawn to the King’s Feast. A hundred of Bratislor’s living citizens are invited to attend the feast. Only one returns, their eyes gouged out, their tongue cut out, and their mind shattered by what they saw and heard.

The Princes of Morgau and Doresh are exclusively ghouls, vampires, and other intelligent undead. Their cold hands control a nightmare realm where peasants suffer without hope or sanctuary—and they in turn are ruled by the most powerful and cunning of their number: Lucan, the Blood King.

Some mortal citizens of the Blood Kingdom think their king’s command of death and darkness is a sign of his power and believe that once he has swept away all obstacles to the Blood Kingdom’s greatness, it will be a glorious land of peace and prosperity. But the wiser among them know that the Blood King’s reign will forever be one of cruelty, fear, and suffering. The land’s peasants, who live daily with the knowledge they might at any time be taken for blood or slave labor by their deathless masters, are restless and fearful.

Under Lucan, the Blood Kingdom fights a war of many fronts. Once content with minor victories and stalemates that shifted his borders slightly, the Blood King has lately moved to aggressively expand his territory. The king’s undead troops and ghoul mercenaries, led by the Order of the Knights Incorporeal, have overrun Perunalia and Krakova. Even Zobeck might not be able to escape the vampire’s grasp.

The Blood King has every type of intelligent and unintelligent undead at his disposal. However, he still needs the help of living creatures for certain tasks, and his own subjects are often too terrified and demoralized to be effective. The Blood King’s missions involve war, undeath, dark gods, and demon cults—ranging from scouting missions against realms he’s targeted for conquest to the theft of cursed artifacts and forbidden scrolls. Perform a few of these tasks, and you will be rewarded handsomely. Perform too many, and you may find yourself a target for “recruitment” into the ranks of the Knights Incorporeal as a deathless thrall.

The Ghoul Emperor and the Blood King have long maintained a pact of mutual aid, and elite darakhul troops were involved in Morgau’s siege and slaughter of the cities within Krakova. The Queen of Night and Magic has designs on Zobeck, so her ambassadors are a constant presence in the court of the king.

Baba Yaga might have saved the Blood King’s rule 30 years ago by warning him of Kjord the Defier’s insurrection, but Grandmother isn’t pleased that Lucan’s war of expansion threatens her own territory. The Queen of the Road is Zobeck’s last hope against the vampires, and she plans to make the self-proclaimed king pay a heavy price for his ambitions.

About 300 years ago, the vampire Prince Lucan arrived in Morgau and ingratiated himself with the king of that land. Within weeks of his arrival, the court was in disarray. The priests of Lada the Golden Goddess sickened and died. The priests of the Green Gods fled into the forests where they were hunted down. Many of the nobles of the court became nocturnal servants of the mysterious prince from the East. Within a year, both Morgau and its neighboring principality of Doresh were Lucan’s, utterly and completely.

After his ascendance as the prince of Morgau and Doresh, Lucan was nearly driven from the throne by the combined armies of Krakova, Doresh, and Magdar.  But Prince Lucan’s undead strength and persistence gave him an edge—the ability to return again and again and turn his enemies to his side. He also made a key alliance with the Ghoul Emperor. As a result, the next attempt to drive the vampire prince from his throne was a complete rout with Lucan’s army of the living and the dead killing (and devouring) the cream of Krakovan and Magdar nobility on the Field of Salesh.

The vampire lords’ power and devotion to the Red Goddess made the Principality of Morgau and Doresh extremely dangerous. However, as long as the nobles fought among themselves more than with their neighbors, their power was mostly contained. This changed due to a simple problem of supply and demand: as the vampire population grew, Lucan had fewer subjects to fulfill his end of the treaty with the Ghoul Emperor by sending him a steady supply of slaves and food.

Lucan knew what he needed to do: impose his will on his fractious nobles and lead them into an all-out war of conquest. On the anniversary of his coronation he declared himself Lucan I, the Blood King, and rallied his subjects both living and dead to a glorious crusade.

Everything will be all right as long as the Blood King does not succeed in conquering Zobeck, the Crossroads of the World and hub of all trade in Midgard.