Skip to content
Home / Delve into the Depths in the Kobold Blog / Memoirs of a Lich: Crafting 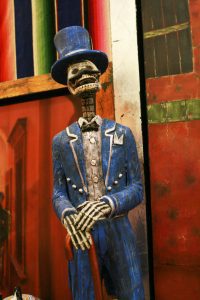 This is Osvaud. One of the reasons we’ve held on to our sanity for so long is our love of arts and crafts. It’s provided an endless series of fun hobbies and useful trinkets. I still fondly remember the looks on the faces of the minions when we gave them those itchy rainbow scarves we knit. The poor suckers were too afraid to take them off.

Beyond random hilarity, our love of creation has produced treasure for luring in burglars and interesting alternatives with our various pursuits. Even the failures can be fun and useful. Like, for example, all of the vacuous grimoires we surrounded this diary with. If anyone is reading this that shouldn’t be, I am sure that was fun to pick through. Assuming you are still literate after all the brain damage, of course.

That brings us to today’s topic: crafting.

You know what stinks? We don’t sleep and still can only craft magic items for eight hours a day. Super lame. As if that wasn’t bad enough, if we actually do something with our freaking off hours, we can only get four hours of progress in. We spent a lot of time trying to figure out workarounds. We have all of eternity, so it’s not like we’re in a rush, but it’s still supremely annoying. It’s mostly about the principle of the thing, but it’s also always fun to point out reality’s loopholes. It’s kind of like making a rude gesture at the whole universe.

One idea we came up with was using greater create demiplane to muck with time, but that didn’t address the basic problems. Time passes normally for us, for one thing. We were getting twice as much work done in a day, but it didn’t change the irksome feeling that we kept hitting a glass ceiling. Plus, to really get the benefit, we have to stick it out in the demiplane for a long stretch. At that point, does it really matter?

The next thing we did was abuse the crap out of the simulacrum spell. Fun fact… there is no maximum on the number of duplicates you can make as long as you have disposable income and time. Funner fact… if you manage to become allies with a hag coven containing a winter hag, those beautiful ladies can pump out 600 simulacrums an hour, for free.

You can always double down on that angle too. A little planar binding might get you a single useful outsider (like say, a genie). Now, dealing with one of those arrogant jerks is a pain in the tail bone. However, there is nothing saying you can’t just permanently paralyze them and start producing perfectly loyal simulacrums. They can’t really resist at all, and then, you can put them to work. You get one that can cast daily wishes, and your small army of simulacrum can craft just about anything. Basically, you turn the demiplane into an industrial-grade, magic-crafting sweatshop.

That, in turn, gives you more time to focus on your cross-stitch.

2 thoughts on “Memoirs of a Lich: Crafting”