Skip to content
Home / Delve into the Depths in the Kobold Blog / Alternative Adventures: The Escape 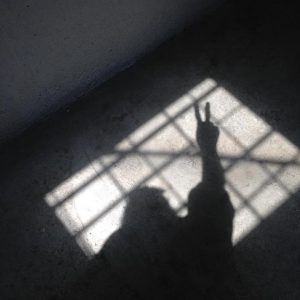 Black Gate is not just any prison: it’s where the kingdom holds its most powerful lawbreakers. The Shadow Man, a noted assassin who was little more than smoke and rumor until he faced off with a contingent of the king’s own. The Devil’s Daughter, a woman who had truck with fell powers and whose sorceries left a nation in dread. Even The Deacon, a priest of gods so foul it would curdle the tongue to speak their names aloud, has a cell in the spire of this prison.

Getting into this place is not easy. Getting out is impossible… or is it?

Elements of The Escape

An escape is made up of two elements: the Walls and the Hunt.

The Walls, in this case, are whatever the party has to escape. Maybe they’ve been imprisoned (either justly or unjustly), and they need to get out. The party might awaken in a sanitarium with no memory of how they got there but the knowledge they have to get out. They might even find themselves in a city that’s being occupied by an enemy force or that’s under siege. The Walls, in this case, are the guards, the locked gates, and the overwhelming forces that will try to stop the party from leaving their current location.

The Walls also include the party’s lack of resources. An imprisoned sorcerer may be fine when it comes to spellcasting capabilities, but an imprisoned wizard would need to acquire spell components, find a spellbook, and re-acquire a familiar or bonded item. A brawler might be able to walk the streets of an occupied town ready for battle, but a fighter who depends on armor and shields would need to leave more obvious gear behind, putting him at a disadvantage.

The Hunt is the second stage of the escape, and it’s the one the party doesn’t always think about. After you get past the walls, there are going to be people looking for you. Unless, that is, players can throw off the Hunt somehow. That might be as simple as walking through a trackless waste, making sure their trail goes cold by the time pursuers come after them. It might mean taking on new identities or even faking their deaths, but whatever they do, the party should have to take some serious actions in order to throw off pursuit.

The Hunt isn’t just an immediate threat, either. Even if players manage to get away in the short-term, the Hunt can be ongoing. Bounty hunters might be combing the countryside for the party along with the intelligence services of one kingdom or another. People who want revenge may be looking for the party, hoping to find them before the legitimate authorities do. Those are all things the party has to consider when making an escape.

The Stages of the Escape

The first stage of the escape is to plan it. That means the party has to come together in some way and begin doing research on their exit strategy. That might mean prisoners reach out to each other and start discussing how, if they worked together, they might get out. Alternatively, it might be about disparate agents of an underground resistance making contact in an occupied territory and joining forces. Planning encompasses bringing the party together and gathering enough intelligence to come up with a solution.

The next stage is the attempt. Whatever plan the party came up with, they need to put it into action. That might be starting a ruckus to draw attention while two other party members knock out the guards at the postern gate. Once their uniforms are stolen, the “guards” can escort the “prisoners” out of the deeper area, and they can all make a break for the woods.

The third and final stage is the pursuit. Once the party successfully escapes, they need to stay one step ahead of people trying to track them down. If they’re low-level, that means they’ll only have to deal with physical pursuit. Higher-level, or higher-priority, characters, though, might have diviners scrying on them or priests asking the gods where to find them. This could make their lives increasingly difficult, especially if no precautions are taken against magical tracking.

Does The Escape Ever End?

The escape is one of the game styles that can easily support an entire campaign or a single arc of one. If you’re in a war zone, then escaping a city is a fun way to change up the slog of constant combat. Or, if you were wrongly convicted, then you may need to escape in order to clear your name. And that could take some doing, depending on how elaborate the scheme was that got you imprisoned in the first place.

It’s important to work with your players and to extract details from them in order to make sure the escape goes the way you want. If it’s a simple “get out of the city” arc, then that’s not a big deal. If you want them to evade capture for a dozen levels, though, while simultaneously figuring out why they were set up, then you need to be sure to tie the PCs’ stories to their need to end the escape. If someone would be just as happy sailing halfway around the world to live under an assumed name, it will be really hard to push that character to find out more about what happened.

Lastly, remember to always give your players a way to succeed. For example, if the first escape attempt fails and they’re all recaptured, then they might get sent to solitary confinement. That’s when one of them discovers a secret tunnel that allows them access to a hitherto forgotten part of the prison, which might allow them to escape—if they can avoid the noxious dwellers that were put there to prevent escape. Never have a variable outcome, such as botching a Bluff or Disguise check, be what makes or breaks your players’ progress. Simply close one door, and open a different one.