Skip to content
Home / Delve into the Depths in the Kobold Blog / Memoirs of a Lich: Armies 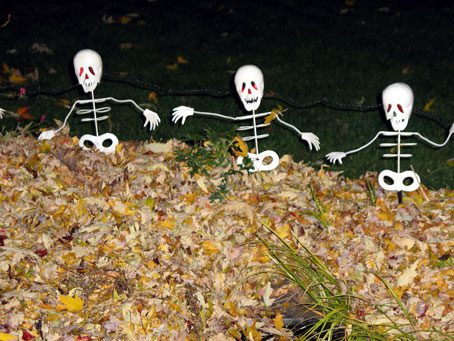 This is Osvaud. What’s the first thing every wannabe dark lord does? Why, amass themselves a big ole nightmare army.

Today we are going to talk about why they are stupid.

Whether it’s a bunch of immoral orcs or crumbling skeletal legions, armies, for some reason, always seems to be step one of everyone’s three-part plan for world domination. Step two is usually marching the dread legions on the last spark of hope and light. Step three then usually gets interrupted by some hand-waved plot twist that probably only makes sense if you’ve been following the viewpoint of a half-dozen unwashed idiot protagonists. It’s like every hopeful bad guy hires the same crappy self-help guru instead of opening a freaking book.

I get the appeal. Who doesn’t want that moment where you walk out onto a balcony and a horde of terrifying minions chants your name? Plus, they seem economical on the face of it. Life is cheap in comparison to wands of fireball, and usually you get a lot of gimmicky discounts when you buy in bulk. You know, like, “Two free trolls with each hundred hobgoblins purchased!” The problem gets to be when you go overboard with it, and everyone always does because bigger sure does seem better.

Oh sure, I know what you are thinking (’cause I’m you, doofus). Undead! Just get a bunch of zombies and skeletons! Heck, then you can always raise the dead from among your enemies! Double army, woo!

Unfortunately, that is simply not how undead work. Zombie hordes are the rotting meat on the bones of clerics and necromancers who gotta keep the mindless morons in line. Plus, let’s face hard facts… everyone always knows to aim for the cackling jackasses in black robes surrounded by fell power.

Then giant armies also always lead to overconfidence, which means bad tactics. Oh sure, you outnumber the goody-two-shoes bastion 10 to 1, so why wait for a year to starve them out… when you can just take massive losses climbing sheer walls while getting shot by elves. So what! It saved time, and it is not like you actually care about the health and morale of a bunch of goblins.

It’s the same issue gamblers run into when they can’t stop tossing coins at a spinning wheel. They’ve already given up so much… so are sure to win. Unfortunately, one big battle doesn’t go your way, and suddenly your epic legion of shadow demons becomes a fond memory. Good luck taking them to the Abyss for a refund.

It’s not like the good guys are going to take prisoners or accept peace negotiations. Nope. They are going to march their pure and shiny butts to the front door of your volcano lair and slap you around.

Finally, having an army means you actually want to march around with them. Worse, in order to maintain your epic villain cred to the point where they don’t desert, you basically need to surround your black-robed cackling tailbone with fell power 24-7. As we’ve covered previously, everyone seems to get a lucky shot in 5% of the time. So even if you’re fighting an army composed of a bunch of venerable commoners with the blinded condition, you are still getting dropped in six seconds flat.

3 thoughts on “Memoirs of a Lich: Armies”