Skip to content
Home / Delve into the Depths in the Kobold Blog / Beyond the Audience: Team Up 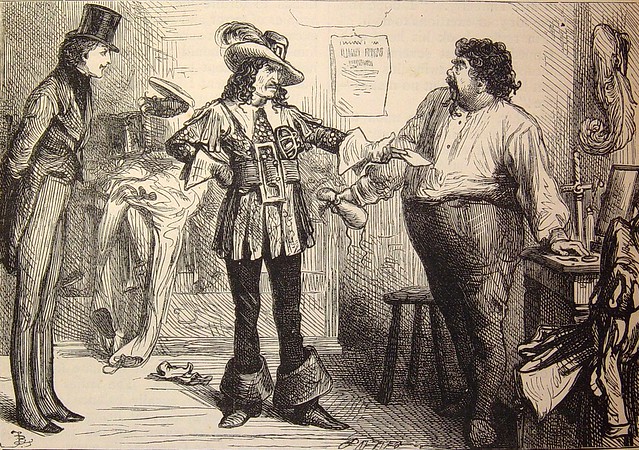 Greetings, travelers! And welcome to Beyond the Audience where we provide tips and tricks for building an RPG show that is loved by both your players and the larger audience beyond your table.

This time, I want to focus on a specific narrative strategy that does wonders for both players and viewers: incorporating teams into your storytelling. What exactly does that mean?

In the fantasy genre at large, there is a common trope that goes a little like this: hero is a normal person until one day they show extraordinary abilities, they are then rescued by a wise figure, and this figure introduces the hero to a powerful group for training. With some variations, we’ve all encountered this sequence before and with good reason because it serves so many narrative functions. Incorporating a team or faction that your party belongs to opens a ton of doors to delight your audience. I’ll home in on three specific benefits here (though there are many others): access to a home base, a way to incorporate more characters, and branding potential.

People love having a home base. Time after time, I hear stories from players about how exciting receiving a house, a boat, a fortress, a tavern, and so on, was for their RPG group. If you build a faction into the world of your game, you instantly have a way to create a grounded location for your story. Whether your party works for a hero’s guild, a wizarding school, a police force, or any other type of group, that team requires a physical seat of power. But what is so helpful about having a home base? A home base is an excellent place to return to between large narrative arcs of your story. Both your players and your audience crave excitement and danger from your game, but there is no faster way to lose people’s attention than having high intensity all the time. People need lulls in the action, they need interludes to recharge their excitement for the next big thing you’re cooking up, and a home base is the perfect setting for these little breaks to occur. People also need those shopping episodes! Jokes fly around about shopping episodes in RPGs all the time, but again, it’s with good reason. A home base is an easy place to populate with items and resources your characters logically need to advance in power. Shopping episodes are a perfect way to engage your audience using some of the methods I discussed in my first article. The most important part of having a team home base, however, is giving your players (and your audience) a place to love. The world of your game is likely a scary place, full of conflict, so having an island of friendliness and order is vital to the morale of your consumers.

Having a place where “everybody knows your name” is hugely beneficial to the morale of your party, but it’s also an incredible way to introduce new characters to your story. If your characters are connected to an organization in-game, you suddenly have a huge network of possible NPCs at your disposal. A team can be filled with memorable co-workers, quirky quest givers, and adorable pets, the possibilities are endless. And since you already have the forged connection of “being on the same team,” you don’t have to reinvent the relationship wheel with every introduction. The ability to introduce new characters like this is incredibly useful for a podcast or stream that features guest players. I’ll touch on the topic of guest players in a later article, but having the freedom to introduce new characters via such a network is a life saver for plot continuity.

My final point about the benefit of building a “team” into the world of your show is probably the most important: branding. Creating a solid brand is important to the success of any product, including your show. If you have an organization in your game, you can create a logo to represent them, and in turn, that logo can represent your show in the real world. My favorite example of how powerful branding can be is looking at the sorting houses of the Harry Potter franchise. It’s been almost two decades since the first Harry Potter book was released, and we still all talk about which house we belong to. People still buy specific colored scarves, patches, notebooks, and other merch that declares which house “brand” we belong to. And why? Because we can all see ourselves in one of these groups. They feel personal and welcoming to us. You can capture that same feeling with your audience. There is a special power in displaying an enamel pin of a show logo you love; it automatically declares to those in the know that you are “also on their team.” This comradery is the foundation of successful fandoms.

Ultimately, building a team your characters belong to in the fiction of your show can be a hugely beneficial tool. If you want to check out more examples of shows that have done this with aplomb, take a look at the Acquisitions Incorporated franchise. The whole empire of Acquisitions Incorporated is based around belonging (or rather trying your best to belong) to a specific team. Another phenomenal example to look to is Rivals of Waterdeep, a show that binds a group together because of their opposition to several established “teams.” There are hundreds of examples in the genre, so get on out there, check out those fellowships, factions, and families, and until next time, happy gaming!

2 thoughts on “Beyond the Audience: Team Up”