Skip to content
Home / Delve into the Depths in the Kobold Blog / Mastering the Mechanics: Bonus Actions 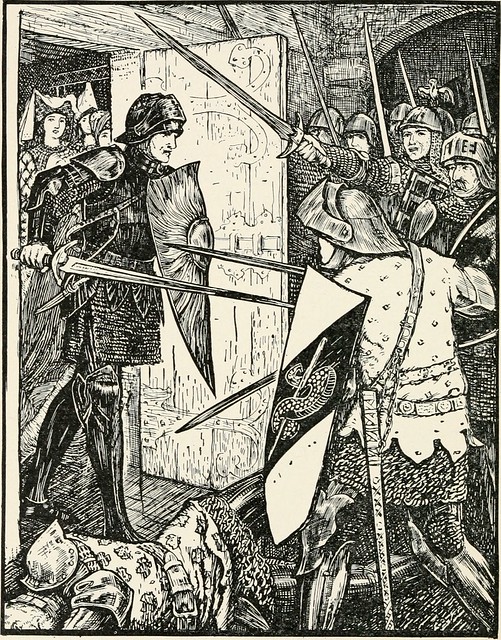 Bonus actions are easily one of the most confusing parts of a combat turn in 5th Edition. In fact, designer Mike Mearls dislikes bonus actions and has declared that they are “fairly hacky” and that he prefers to run games without them. So why do bonus actions exist, and how can we understand them? To answer the first question, let’s take a look at the genealogy of bonus actions.

In the 3rd Edition era, the concept of swift actions was not part of the core books but was introduced in the Miniatures Handbook shortly after the release of the core game. The SRD (System Reference Document) for 3.5 states:

That brings us to 5th Edition, which includes bonus actions in the core rules:

You can take only one bonus action on your turn, so you must choose which bonus action to use when you have more than one available.

You choose when to take a bonus action during your turn, unless the bonus action’s timing is specified, and anything that deprives you of your ability to take actions also prevents you from taking a bonus action.

In 5th Edition, bonus actions continue to be a once-a-turn option to do something in addition to using your action to attack, cast a spell, disengage, etc. A key point to note is that you don’t necessarily have a bonus action on your turn unless you have a specific ability, spell, or feature to use as a bonus action. So by the rules as written, you can’t make an ability check, draw a second weapon, or kick an enemy as a bonus action, though your GM may decide to rule otherwise.

So you can attack with two light melee weapons using the Attack action and a bonus action. Note that an unarmed strike is not a weapon (it doesn’t appear in the Weapons table of the updated Player’s Handbook), but you can make a melee weapon attack with an unarmed strike. Thus, by the strict interpretation of the rules as written, you can’t use two-weapon fighting with unarmed strikes. Of course, this doesn’t really make sense—if you can attack with two daggers, why not with two fists?—so most games I’ve seen interpret this more generously. But now we start to see why bonus actions can get a little messy when combined with two-weapon fighting.

For GMs (and designers), it’s worth noting that most monsters don’t have bonus actions, which makes running them much simpler. Even monsters based off of humanoid characters, such as the bandit captain, typically have any bonus action attacks rolled into a Multiattack feature.

If you’re still confused, don’t worry—you’re not alone. What’s important is that everyone at your table has fun playing the game. And if you’re bothered by someone else using a different interpretation of the rules, talk to the GM outside of a game session to address it, rather than stopping in the middle of combat to discuss rules.

Leave a comment below if you have questions or want to suggest future topics for the Mastering the Mechanics series!