Skip to content
Home / Delve into the Depths in the Kobold Blog / KotM2 Fight! Broodiken 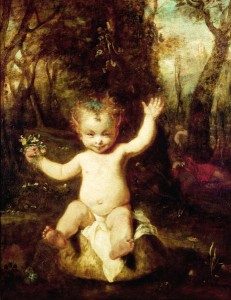 Welcome to the King of the Monsters 2 finals (see the list of finalists): the broodiken is random finalist 10 of 10. These submissions are left almost entirely as they were received with the exceptions that all submissions are posted with an image and are standardized to KoboldQuarterly.com style. Let the fight commence!

Sailors familiar with the southern islands speak of tribes where the men give birth. They mock the bloated bellies of the old shamans without understanding what they have seen. They would not laugh if they understood. I lived 5 years on these islands—2 as a prisoner, 3 as an apprentice. I know too well the broodikens. I sacrificed both mind and body to learn these secrets.

I travelled to the islands on a merchant ship captained by a man whose tongue dripped lies. I watched his deceits and betrayals. I saw him taken prisoner. I watched the shaman draw a dagger across his own bloated belly, birthing the broodikens. I saw the brood consume their prey.

I know the making of the broodikens and their purpose. I know their effectiveness as spies and assassins. Now, as the sailors titter at my swelling abdomen, I know their minds. I have eaten the seed and feel the broodikens moving inside me now. My brood will be born before this ship finds port…

Shared Rage (Su) A broodiken cannot speak with its creator telepathically but feels strong emotions and recognizes the objects of those emotions. A creator can telepathically order broodiken to hunt for and attack individuals by sending the broodiken an image of the individual and the appropriate emotion.

Broodikens are crude servants created by humanoid spellcasters willing to grow them within their own bodies. In appearance, they resemble their creators in the most basic of ways. They have the same number of limbs and basic features as their creators. Broodikens are 1 ft. tall with overly large heads and heavily fanged mouths. Broodikens born to monstrous humanoids with wings or horns gain crude ineffective versions of these which are not useful in combat.

Broodikens are created through the consumption of the heart of a dead broodiken. Once this “seed” is consumed, broodikens (2d4) begin to grow inside of the “mother” or creator. Nurturing the growing brood requires consuming specific muds, ashes, and plants which cost 50 gp/day for each broodiken incubating. The incubation period requires 1 month and takes a toll on the health of the creator. During this time the creator becomes fatigued after 4 hours without 8 hours rest.

If the creator is not a spellcaster, a spellcaster who meets the requirements below must supervise the incubation and the birth. Most spellcasters birth the broodiken using a dagger before the broodiken tear their way out. A “mother” can only control one brood of broodiken at a time. Even beginning to incubate a second brood causes the first brood to become furiously jealous and turn on its own creator.