Skip to content
Home / Delve into the Depths in the Kobold Blog / Kids & Kobolds: Encounters with Rukus the Half-Orc Fighter 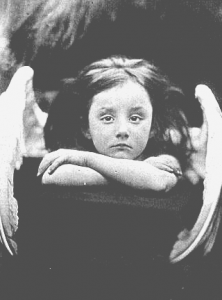 She stands on her chair, arms raised to the gods, and announces, “I am going to use my action point!” An hour ago, she had never heard of an action point. Three encounters ago, she was a fair-haired 6-year-old with a shoebox full of polyhedral dice and a carrion crawler mini named Lenny.

Now, she is every bit the axe-wielding, half-orc fighter depicted on her Basic Set character token. Her name is Rukus. And she is going to finish off the Spiretop Drake.

“Basic attack or one of your powers?” the GM says.

“Hmm.” She points to the cleave power on her modified pre-generated character. “This is the one where I can hit two monsters at a time?”

She indicates brute strike on her sheet and holds up a red d6. “With this power I get to roll the die six times? And add 3 more points of damage?”

“But I can only use it once a day,” she says, under her breath.

Rukus sits down, needing to think this over a bit.

She rolls. She hits. She cheers. She adds up the damage using her fingers. It takes a while because she is being careful to get every point. At last, she announces the sum, victorious. The encounter and her first dungeon delve have ended.

While the GM cleans up, he asks, “What did you think? Fun?”

“Awesome!” she says. “But next time, daddy, we should have harder monsters.”

Dungeon Dad is Jeremy L. C. Jones, a freelance writer, editor, and teacher. He is the staff interviewer for Clarkesworld Magazine and a frequent contributor to Booklifenow and Kobold Quarterly. He teaches at Wofford College and Montessori Academy in Spartanburg, SC.

16 thoughts on “Kids & Kobolds: Encounters with Rukus the Half-Orc Fighter”