Skip to content
Home / Delve into the Depths in the Kobold Blog / In Memoriam: Obituaries for Four Imprudently Optimized Pathfinder PCs 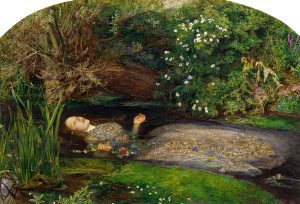 Let’s take a moment to remember those brave souls who are no longer with us. They were so full of life when penciled onto their character sheets and brimming with synergistic crunch. Now struck down before their time. Some found themselves in the wrong type of campaign while others just weren’t cut out for the day-to-day tasks of adventuring.

Aldinas Sharpeye, half-elf [Bonus Feat: Skill Focus (Perception); +2 racial bonus to Perception; +2 Wisdom] Diviner 1/Rogue 1, expert trap-finder, succumbed yesterday to the blows from an ogre’s club. He was 31. He is survived by his owl familiar, Plume [+3 to Perception checks in shadows; bonus feat: Alertness]. He saw it coming.

Zap, human Rogue 5 [Major Magic rogue talent (shocking grasp)], shocking sneak-attacker, was electrocuted to death last week by a lightning elemental. He is remembered by his party as jittery, and for that one time he sneak-attacked an evil, metal-armored cleric for 8d6 electrical damage on a touch attack (which he never shut up about). He was 22. He leaves his only possessions, a +1 chain shirt and masterwork thieves’ tools, to the home for adventurers’ orphaned children.

Bulgar Bristleback, dwarf [Ironhide feat] Monk (of the Sacred Mountain) 2 [bonus feat: Dodge; +1 natural armor bonus]/ Fighter 1 [bonus feat: Shield Focus]. He perished from multiple magic missiles cast by a wizard with expeditious retreat. He was 70. He will be cremated in the heart of Mt. Ore with his masterwork full plate [+9 armor bonus] and tower shield [+4 shield bonus].

So, tell us about your now-dead characters! How did they die? What did they leave behind? Did some choice in your build lead to your character’s untimely demise? Regale us with your tales in the comments below.