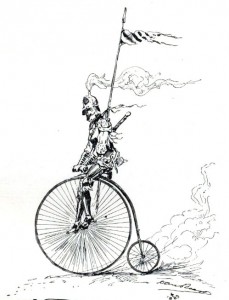 In recent years, the philosophy of “yes, but” has become a hot ticket for GMs. Let me assure you, this was not always the case. I’m reminded a bit of the way philosophies come into and out of fashion in business management (are you a one-minute manager in search of excellence?).

If that sounds dismissive, it’s not meant to be. There’s a lot to be said in favor of “yes, but.” As GM philosophies go, it’s better than most.

It can, however, become a trap for the unwary or overly generous GM who’s trying to build a world with a strong theme.

In my experience, players fall into three categories when it comes to creating characters. Group 1 tends to make the same character over and over. Even when they try to make another type of character, it winds up talking and acting just like all its predecessors. Group 2 likes to experiment but sticks with the classics. This player might roll up a human fighter in one game and an elf wizard in the next, but you won’t often see them playing bladelings or gunslingers. Group 3 never plays the same character twice, and never plays a character that could be considered typical of anything. In a group filled with human fighters, elf wizards, and halfling rogues, this is the player behind the minotaur artificer who rides a mechanical elephant and suffers from crippling claustrophobia. That idea might have just popped into his or her head as characters were being created, or it might be something that rattled around in there for years before finally percolating to the surface in time for the latest game.

One of the GM’s many responsibilities is to create a convincing fantasy world for the characters to move around in. If that world is meant to evoke the feeling of Middle Earth, then a minotaur artificer riding a mechanical elephant is going to clash.

The argument gets made–validly, but only within limits–that player characters are ipso facto exceptional. If someone wants to play the only minotaur artificer in Gondor, why not allow it?

If the GM is comfortable with or even intrigued by an odd choice, then by all means, he or she should allow it. But there are two good reasons not to automatically say “yes, but” when a player requests something that breaks the mold of a setting, especially one that’s just getting underway.

First, allowing exceptions complicates the GM’s job, which is taxing enough without assumption-breaking character tropes. Is the just-beginning Middle Earth campaign really the best place to try that concept for a minotaur artificer or a mechanical elephant? There will be other campaigns; perhaps you could keep that idea in your pocket for the next one.

Second, at the start of a campaign, the GM has a clearer vision of the world than any of the players have. He or she may have been imagining this place for months, if not years, before ever bringing it to the group. That vision is a big part of what’s driving his or her excitement for the upcoming game sessions. It’s what keeps the GM at the computer late into the night plotting adventures, describing the local inns and thieves guilds, and sketching out the nearby troglodyte warrens that connect to the hollow core of the planet. The early stages of a new campaign are when the setting is most purely the GM’s own. Just as it’s best to play a new board game by the standard rules a few times before adding your own, it’s best to spend some time exploring a new campaign setting before asking for changes. Try to understand why it is the way it is before reimagining it.

If you’re the GM and you have a strong vision for a setting without some class, race, or monster that’s included in the rulebook, no matter how iconic it might be, you’re well within your authority to say no and stick to it. Perhaps there’s a way to say “no, but,” as in “no, you can’t play an elf, because their extinction is a core feature of this setting, but you can play a revenant who is the reanimated spirit of one of those long-dead elves, or a half-elf, since that race is all that remains of the elves’ watered-down bloodlines.”

It boils down to this: I value a setting’s unique atmosphere much more highly than unlimited race and class options. If excising a few races and classes makes the world a more interesting place, then cut away.

Have you excluded races or classes from a setting, or played in such a campaign? What was your reaction? Did anyone really lament the loss?