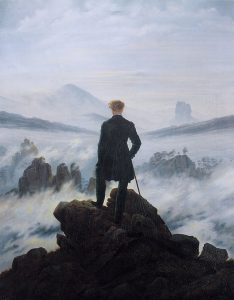 If you’re anything like me, you started playing roleplaying games sometime in your teens. You know, back when it was nothing to start a game Friday night, pass out from exhaustion early Saturday morning, wake up at noon and continue from the night before with a quick lunch of leftover pizza. Then one day you wake up and realize that you haven’t had a decent game session in almost a year thanks to your job, bills, and responsibilities to your family. Even thinking about staying up all night makes you tired. Most times it’s a slow decline; for some people it happens the second they move out to college or to follow a career.

How do you find the time to play? How do you get started again once your flow has been disrupted? How do you organize a group of your own?

The honest answer is this: Hard work and a whole lot of luck.

The more helpful answer is to take a look at the things I’ve learned over the years and see if you can apply them to your search for games.

There are games to join if you look for them.

Yeah, this seems obvious, but there’s more work involved than you might think, and there are a lot more resources than you might realize. The easiest is to just go into a game store near where you live and let them know you’re looking for a group to join. Depending on where you are, you could also put out ads or flyers; you’d be surprised how well those work on a college bulletin board or (as I found in my own experience) the bus stops on a military base. And in today’s modern world. the Internet is a fantastic resource; heck, there’s even a reddit page (http://www.reddit.com/r/lfg/) dedicated specifically to finding a physical group or a game played online.

Be willing to try new things.

Maybe all you’ve ever played is hardline fantasy games and your interest in sci-fi is limited to knowing there are six Star Wars movies. Don’t turn down an opportunity to try out a space exploration game just because it’s not in your realm of experience. You won’t know you don’t like something if you don’t try it, and just because they’re playing a sci-fi game now doesn’t mean they won’t switch to something else later on.

Another big change I’ve seen is someone organizing a group and having to go from being a player to being a GM and teaching new people how to play. Don’t be afraid of this if it’s the only way to play. If you aren’t that creative, there are pre-published adventures for just about every system you can think of, and for all you know you might stir your players to try out the captain’s chair for themselves.

Everyone has at least one story where the players and the DM were trying to play two drastically different games, and almost everybody’s got at least one story about the new player who just doesn’t get it. You’re going to be that new player at least once; the trick is to not let it bother you and adapt to the group’s style if you can. There’s fun to be had in all types of games, be they high-fantasy roleplay or a goofy, hack-n-slash dungeon crawl. Learn to have fun playing a variety of styles and you’ll never have much trouble finding a group to play with.

I’m going to school full-time, working the hours when I’m not in school, and calculating how much time I’ll have to sleep in between loads of homework. And I still manage to be a part of three different gaming groups right now. “How could you possibly have time to do that?” you might be thinking, though likely you might also be thinking I’m lying. The truth is that the groups I play with don’t meet all that often and only play for a couple hours at a time when we do get together, but we make the most of every minute we have to play.

This leads to the best piece of advice I can give anyone: It doesn’t matter how often you play; it matters how much you get done when you do play. If you’re just hanging out and goofing around when you want to defeat the villain and liberate the kingdom, you’re not going to come out of the game satisfied or have much enthusiasm for the next game. Limit distractions: turn your phone on silent unless you expect an emergency call, print out your spell or feat list along with the descriptions so you don’t waste time looking things up, have an index card with a cheat list of rules you intend to use frequently, and whenever there’s a fuzzy situation let the GM decide and look it up later.

Like all my columns, I end with the disclaimer that this isn’t a be-all-end-all. Use this advice as best you can, and adapt it to fit your life when and where applicable. The ultimate goal is to have fun, and fun isn’t always easy to find. Just be patient and give it your best, and you’d be surprised what you end up with.

3 thoughts on “Gaming and the Busy Adult”