Skip to content
Home / Delve into the Depths in the Kobold Blog / From Screenplay to RPG: Noncombat Conflict 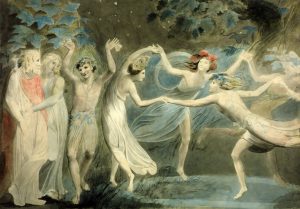 Without looking too hard, you can find tons of adventures teeming with interesting encounters all of which have built-in conflict. They have monsters to fight, devious traps to disarm, and cunning puzzles to solve.

But what about the other encounters in the campaign world? What about the traveler the heroes met on the road, the gate guard or the shopkeeper? All the stuff that happened before and after the fighting—those encounters need conflict too.

When I’m writing screenplays, I try to put conflict in each and every scene. Every scene needs to move the story forward but if there is no conflict, nothing happens. So, if I have a scene with no conflict, I usually dump that scene.

In RPGs, we are at the whim of the players for the most part. GMs don’t always have the luxury of glossing over certain encounters. Unfortunately, this often means that these noncombat encounters are thrown into the game without any conflict and they play out like this:

Zzzzzzzz…Wha? Sorry, I drifted off. Boring, boring, boring. Why even bother to have a scene like that?  A noncombat encounter should feel real and bring the campaign world to life. Adding minor conflicts to the encounter is the key to doing that.

How? Well, you give the nonplayer characters their own agendas, prejudices, and motivations. It turns a boring shopping trip into a font of quest hooks. For example, what if the scene we looked at above ran like this:

Shopkeeper: We’re all out.

Player: There’s a stack of them right there!

Shopkeeper: Those are for our human customers. Got no gear for elves. New town law.

See? That is much more interesting. Does the shopkeeper hate elves or is the whole town anti-elf? Perhaps the mayor of the town has some grudge. Can the heroes convince the Shopkeeper to ignore the law if they bribe or intimidate him?

Why make things easy on your players? It’s much more fun for them (and you) to have a certain level of conflict in each and every one of their encounters; it’s only the scale of the conflict that changes. If the PCs want something, there should be something preventing them from getting it but these obstacles can (and often should) be quite minor.

To create your own hindrances, you can follow this simple guideline:

When you answer these questions, you have created conflict. This boils down to a simple equation; the PCs want something; the obstacle is preventing them from getting it. Getting a room at the inn becomes harder when a rich noble has rented the last room for his prized pet. Asking for ancient lore seems straightforward until it turns out the sage has taken a vow of silence. Pleas for a desperately needed healing fall on deaf ears when a surly priest does not want to leave her breakfast to cast the spell.

Remember, you don’t want to be deliberately obstructive. Your players won’t appreciate it if they have to argue their way through every single interaction. The minor hindrances should be overcome through roleplaying or simple skill checks. Additionally these small conflicts help establish an NPC’s personality and demeanor, which a wise GM should take care to jot down for future interactions.

Luckily, the reasons for the obstacle are also the key to overcoming them. Perhaps the druid PC can befriend the noble’s pet. Perhaps some clever roleplaying or a good Linguistics check can lead to the sage drawing a map for the party. Perhaps the priest has a hangover, so an offer of a little “hair-of-the-dog” is enough to convince her to cast the spell.

When I run games, I try to make sure that my answer to most of my players’ questions is “Yes.” But that doesn’t mean I am going to gift-wrap it for them. It’s more of a “Yes, but you have to work for it.” There is a balance between too easy and too hard, but these small challenges make encounters more memorable. So if I’ve done my job right, my players will come out of the noncombat encounters with a sense of accomplishment and enjoyment. Yours will too.

2 thoughts on “From Screenplay to RPG: Noncombat Conflict”