Skip to content
Home / Delve into the Depths in the Kobold Blog / Expanding Codex: Fulminar 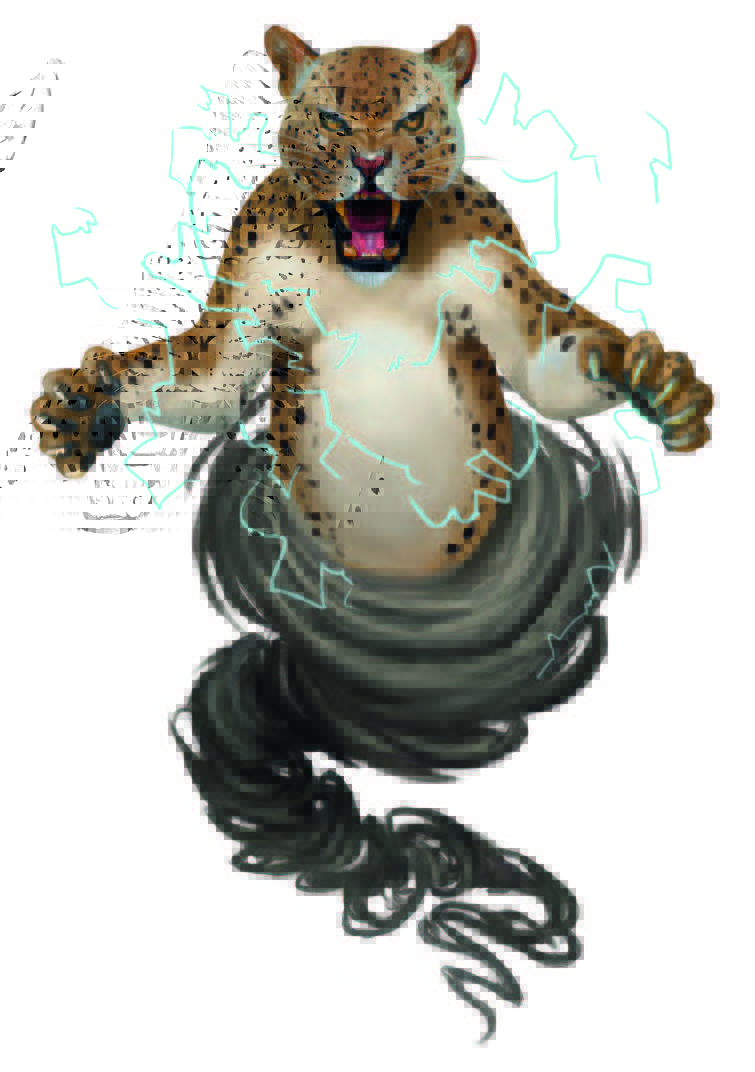 The following changes allow GMs to alter a fulminar without modifying its challenge rating:

Forked Lightning. When the fulminar flies at least 10 feet, it creates a duplicate lightning form that potentially fools attackers. Until the beginning of its next turn, after it moves, attack rolls against it have disadvantage. If it is hit by an attack, this trait is disrupted until it moves again.

The fulminar loses its Flyby and Essence of Lightning traits.

Slam. Melee Weapon Attack: +9 to hit, reach 5 ft., one target. Hit: 14 (2d8 + 5) bludgeoning damage and 7 (2d6) thunder damage, and the target must make a DC 16 Constitution saving throw. On a failure, the target is stunned until the end of the fulminar’s next turn and deafened for 1 minute. On a success, the target is deafened until the end of the fulminar’s next turn but isn’t stunned. A deafened creature can repeat the saving throw at the end of each of its turns, ending the effect on itself on a success.

Thunderous Roar (Recharge 5–6). The fulminar unleashes a roar similar to the overwhelming thunderclap created in a lightning strike’s immediate area. Each creature within 30 feet of it must make a DC 16 Dexterity saving throw. On a failure, the target takes 18 (4d8) thunder damage, is knocked prone, and is deafened for 1 minute. On a success, the target takes half the damage but isn’t knocked prone or deafened.

The following change helps to highlight the alliance between cloud giants and fulminars:

The following magic item and spells are inspired by abilities possessed by a fulminar:

Stylized etchings of fulminars cover the outer surfaces of these solid silver bracers. Lightning crackles harmlessly down your hands while you wear them. Additionally while wearing the bracers, you have resistance to lightning and thunder damage.

The bracers have 3 charges. You can expend 1 charge as an action to create two sets of lightning shackles, each of which strike a creature you can see within 60 feet. A target must make a DC 14 Dexterity saving throw. On a failure, the target takes 14 (4d6) lightning damage and is restrained for 1 minute. On a success, the target takes half the damage but isn’t restrained. A restrained creature can repeat the saving throw at the end of each of its turns, ending the effect on itself on a success. The bracers regain all expended charges daily at dawn and can regain a single charge if you take at least 10 lightning damage while wearing them.

For the duration, bolts of lightning course around your body, shedding bright light in a 5- to 20-foot radius and dim light for an additional number of feet equal to the chosen radius. You can alter the radius as a bonus action.

In addition, whenever a creature within 5 feet of you hits you with a melee attack, the creature receives a jolt from the lightning and takes 2d4 lightning damage.

You can end the spell early by using an action to dismiss it.

One side of the wall, selected by you when you cast this spell, deals 4d8 lightning damage to each creature that ends its turn within 10 feet of that side or inside the wall. A creature takes the same damage and is subject to the wall’s restraining effect when it enters the wall for the first time on a turn or ends its turn there. The other side of the wall deals no damage.

At Higher Levels. When you cast this spell using a spell slot of 6th level or higher, the damage increases by 1d8 for each slot above 5th.