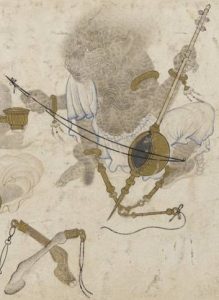 Rare to the point of being almost mythical, the children of malignant symmetry are never encountered individually within the Abyss. They are only found en masse when a large group of their kind besieges and lays waste to a demonic settlement or party of travelers. Survivors of such encounters are even rarer, and demonic lords have long seethed in frustration at their inability to find the source of these raids. What they do know is that the children of malignant symmetry do not wander the Abyss skulking in the shadows, nor do they hide on unclaimed or disputed layers.

As best the lords of the Abyss can ascertain, the children have a layer of their own from which they periodically emerge, but no divinations reveal its nature or location, and in the aftermath of attacks, no physical link to any adjacent layers remains. As best the demons can tell, their bane appeared out of nowhere and vanished back to the same…

Unique within the Abyss, their actual home layer serves as both fortress and religious mecca. A place of ever-shifting landscapes rising out of a shallow, glowing sea, dotted by cities of twisted, crystalline architecture, the layer centers around a glistening anarchic font. Bordered by a fluctuating number of ancient, weathered standing stones inscribed in flowing, protean runes, the layer’s core is a pocket of the Maelstrom anchored there within the Abyss like a quiescent virus, deep within the infected flesh of an unsuspecting host.

While the other layers of the Abyss randomly open as great fissures in the substance of the Maelstrom borderlands, their layer never does, instead only forming tenuous links to other layers of the Abyss itself, usually those more obscure or less populated. With their layer functioning like a two-way mirror on a grand scale with regard to divination magic, the children gather information on the objects of their hatred, and continue the work that their mad creators initiated eons ago. Whether carrying out destruction by either their creators’ mandates or their own spawned schemes, the children of malignant symmetry are a race of fanatics, and only those directly furthering their goals—the obliteration of all other natives of the Abyss—avoid becoming targets as well.

SPECIAL ABILITIES
Amorphous Anatomy (Ex) A child of malignant symmetry’s vital organs shift and change shape and position constantly, granting it a 50% chance to ignore additional damage caused by critical hits and sneak attacks. They automatically recover from physical blindness or deafness after 1 round by growing new sensory organs to replace those that were compromised.

Baneful Poison (Ex) Bred as a tool to ravage and supplant the natives of the Abyss, the poison of a child of malignant symmetry’s bite or sting is capable of affecting even creatures normally immune to poison.

Rend (Ex) If a child of malignant symmetry hits with both claws in the same round, it automatically attacks with its lesser, insect-like forelegs, rending flesh for 1d8+5 damage.

Warp the Twisted Earth (Su) A child of malignant symmetry’s aura compromises the normal fabric of any chaotic evil plane, subverting its properties and turning them against any native creatures. Any other natives of these planes entering the aura’s radius find perspective’s skewed, their balance thrown off, and a visceral, unsettling feeling of having stepped into an alien environment. Victims are subject to a nauseating effect (Fort DC 20 negates). Additionally, feeling cut off from the natural power of their home plane, victims find the effective CL of their spells or spell-like abilities lowered by the child of malignant symmetry’s charisma bonus.