Skip to content
Home / Delve into the Depths in the Kobold Blog / Dungeons of Midgard: Vault of the Vermilion Star

Angarika Flagellum is an ambitious flame dragon (Tome of Beasts) who established her lair in the Haunted Lands of the Giants, that portion of the Wasted West in the hinterlands of the Pytonne Mountains.

Angarika plays a dangerous game, luring unsuspecting adventures to her lair, then slaying them to acquire their magic. While many of her other plots and ruinous schemes are more far-reaching, this particular ploy has effectively delivered into her grasp an eclectic range of wondrous items.

Like the cuckoo bird that makes its nest in the home of another bird, the flame dragon resides in what was formerly a stone giant stronghold. Moreover, she uses the lair’s own history from those dark days of the Great Mage Wars as the lure to attract treasure seekers. Long after it was abandoned by its stone giant creators, the dungeon served as a bunker for a coterie of apprentices and servants to a Bemmean wizard who was famous for her moniker as the Vermilion Star.

Angarika ensnared recent groups of adventurers quite easily. They ventured into the Wasted West prepared to fend off the dust goblins, sparks, and chelicerae (all from Tome of Beasts). None embarked with the expectation that they’d find a devious young flame dragon waiting for them at the end.

Regional effects and lair actions: In addition to any random encounters the GM may wish to employ, the adventurers should experience the first two of the flame dragon’s regional effects as detailed in Tome of Beasts. The eruptions of sulfur geysers should be reserved for use when exploring the dungeon. The chambers bear the signature scars of past geyser eruptions, reflecting the dragon’s long stay, and are indicated on the map. Lair actions occur in the northern caverns during combat with the dragon.

Dungeon’s location: In the foothills of the geologically active Pytonne Mountains is an underground vault. The dungeon is leagues southwest of Trenorra, far west of the existing overland trail to Andarre. The Eagle’s Talon, an outcrop of rock roughly in the shape of three talons and a spur reaching up, marks the place where adventurers should leave the Andarre trail. From there, it is at least three days of rigorous cross-country hiking on broken ground in a westerly direction.

Dungeon lore: In the dim days of prehistory, stone whisperers of the stone giants created the vault. Its natural underground lava flow served their purpose as a source of molten rock and heat to fuel their forges. They used their magic and innate stone carving abilities to form chambers and passageways from the native igneous rock. Centuries passed, and even most of the stone giants abandoned—then forgot—about their marvelous creation. 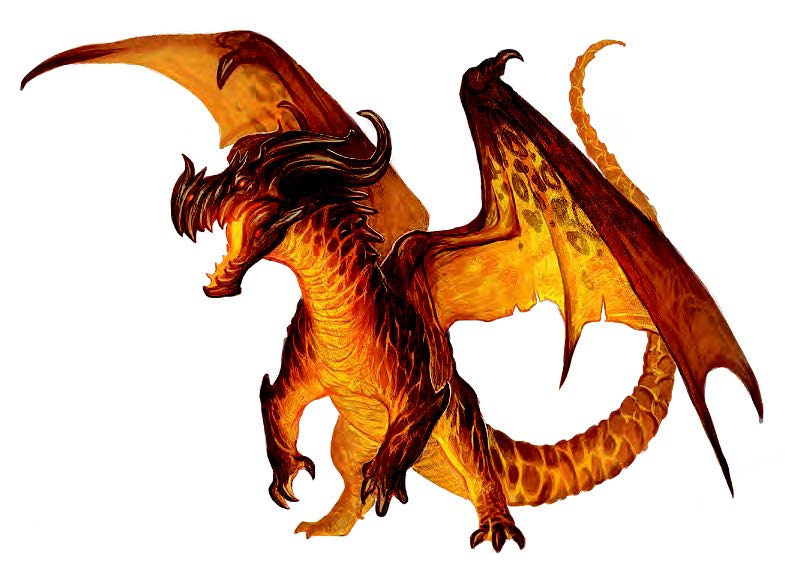 In the earliest days of the upheaval that would be known as the Great Mage Wars, many wizards made plans and contingencies to survive the coming tumult. One of those was a Bemmean arcanist who whose true name did not survive history but has come to be known as the Mage of the Vermilion Star. Gifted with second sight, she dispatched loyalists to locate such a hiding place for herself and her apprentices. They found the stone giant vault in the Pytonnes, then wrote about their experiences in personal diaries and other historical texts, some of which survived to the present day. The Vermilion Star herself never reached the bunker—she was slain in the widening and escalating conflict, but members of her household and some of her wondrous possessions were taken there.

Angarika’s ploy: The dragon disseminates scraps of this lore using the journals and trinkets left behind by the Vermilion Star’s followers. Some of it is in surprisingly good condition. Like an expert angler, Angarika directs her agents to distribute these ancient tidbits out to where adventurers and treasure hunters congregate with the hopes of hooking them.

Concealed entrance. Stone whispering giants masked this entrance with stone craft so that from any distance beyond 10 feet it would be indistinguishable from the surrounding surface rock. Casting true seeing or rolling a DC 20 Wisdom/Perception check is required to unmask the illusion.

Voglan’s lair. Voglan, a degenerate titan (Tome of Beasts), lives in this foyer. Despite his size, Voglan can navigate the entire complex by squeezing into the passages and stairways. He isn’t an active guardian, but he will fight anyone he encounters, believing it is his duty to protect the vault from intruders.

Orb repository. This chamber, intended to be the Vermilion Star’s own workshop and living quarters, has been locked since the time of the Great Mage Wars. The key to the room long since lost. A DC 25 Sleight of Hand/Dexterity check can trick the locking mechanism. Within lies one of the Vermillion Star’s most prized possessions, a rift orb (Midgard Worldbook). The room’s entrance is rigged with a pressure-plate trap (save DC 15, attack bonus +8, damage 4d10) of spring-loaded blades that protrude and retract from floor and ceiling unless detected (DC 15 Perception/Wisdom to see the murder holes) and deactivated (DC 15 Dexterity to spy the button set into the door frame.)

Lava river. A band of six malevolent firegeists (Tome of Beasts) inhabit the lava river in the vicinity of the entrance to the flame dragon’s lair. They live only to destroy. They attack anyone enters their territory.

Forge. Two corrupted ogre chieftains (Tome of Beasts) labor at the forges making chains and armor. Both have the extra arm mutation. Their working force faces the entrance to the lava river. They reside in the adjacent diamond-shaped chamber.

Bemmean Bunker. Several chambers that occupy the western section of the complex, including the lava pool, the mirror room and the wizard’s sanctuary. The lava pool serves as a source of fire elemental energy used in arcane experiments. A wide set of stairs lead to the mirror room, a chamber whose back walls are glassy obsidian, smooth and reflective, and act as a scrying chamber with images appearing in full on the walls. The magic never sleeps, however, projecting images in minute-long bursts from locations throughout Midgard. An image of the Labyrinth of Carreult at the heart of Bemmea appears once in a cycle every hour. The wizard’s sanctuary served as the hideout for the Vermilion Star’s coterie and was subdivided into four cubicles, now mostly dilapidated, each with a cot and a wardrobe.

Giant’s Hall. This grand hall once was the pride of its stone giant inhabitants. Much of its grandeur has been ruined by time, thieves, vandals and squatters. All the pedestals that displayed the stone giants’ accomplishments in sculpture are empty, huge sections of decorative stonework of ivy and scrollwork designs have been ripped from the walls. Even some of the floor tiles have been removed. More than a half-dozen fissures from sulfur geysers have scarred the surface of the room. Its greatest indignity is the fact it now serves as the abode for three flab giants (Tome of Beasts), cursed degenerates of their kind, who’ve made nests of grasses and filth in the east, west and north alcoves. 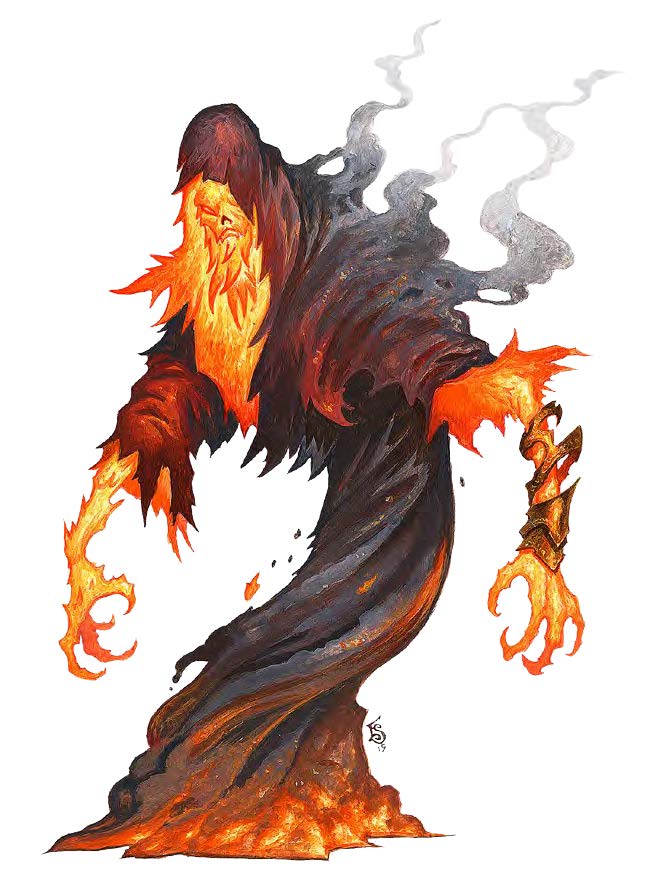 Crypts. The Vermilion Star’s followers carved out this hall themselves when it became apparent they would not receive relief from Bemmea and would, instead, die in this bunker. Skeletal remains in simple wrappings fill most of the small chambers. The sarcophagus was reserved for their leader, but they were unable to retrieve the body, so it has sat undisturbed. Four secret panels (DC 15 Perception/Intelligence) reveal recessed drawers containing sentimental trinkets of modest value, no more than 250 gp each. They are a ring of Bemmean craftsmanship, a necklace pendant of Nuria Natal, a bracelet of tiny sea shells and a set of figurines of carved warriors and wizards that are pieces to a board game.

The small chamber outside the door to the sarcophagus crypt contains a disquiet spirit, a shroud (Tome of Beasts), which whispers “Vermilion Star was our doom!” in a litany and will attack anyone who approaches the door to the main crypt.

Angarika will confront any intruders in the main cavern, lair effects from the stat block are in full force. She gives no quarter and is so confident in her destiny she will not flee in the face of any threat. She possesses a wand of magic detection she keeps within the folds of her scales.

Angarika’s most precious treasures are kept behind crystalline viewing boxes in a vault in the rear of the cavern. There are separate containers for each, including the prized item, a copy of Nullifer’s Lexicon (Midgard Worldbook). There are also crystalline containers for a ring of resistance (necrotic), ioun stone (protection), ring of water walking, wand of magic missiles, potion of cloud giant strength, decanter of endless water, potion of invulnerability, saddle of the cavalier, potion of climbing, potion of greater healing and a 1st level spell scroll of ill-fated word (Midgard Heroes Handbook). On a potion stand there are two vials, a potion of climbing and a potion of greater healing.

7 thoughts on “Dungeons of Midgard: Vault of the Vermilion Star”