Skip to content
Home / Delve into the Depths in the Kobold Blog / Bait & Switch: Trolling for Change 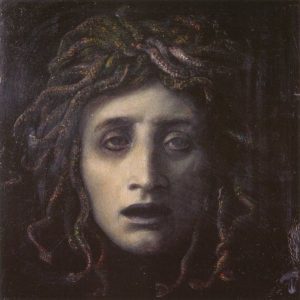 It’s not easy being a monster in the Pathfinder Roleplaying Game. Over time, adventurers and monster hunters have a significant impact on monster populations, leaving only the strongest, luckiest, and most cunning to survive. Sometimes, though, monsters band together to increase their chances. They use their powers to complement one another and, in turn, present a challenge that is far greater than either could muster alone.

No two creatures have ever found their skills so useful to one another. Mimics can replicate nearly any inanimate object within their size constraints but can’t mimic anything living. Doppelgangers, on the other hand, can look like any number of people but not like inanimate objects. Put them together, however, and they can legitimately take on any role they desire. Their respective skills allow them to enact elaborate cons and robberies that would make any master thief green with envy. A common ploy is for the doppelganger to act as a servant in a rich home wherein they sneak in several mimics disguised as furniture. After the doppelganger and mimics stake the place out thoroughly, they rob it blind and leave nothing but bewilderment in their wake. The CR reflects a group of two doppelgangers and their four mimic comrades…

Medusas often lament at having few servants they can effectively employ during a pitched battle that won’t be immediately petrified by their terrible gaze. Rock trolls provide three things for medusas: strong backs for heavy lifting and fighting, minions too dumb to consider betrayal, and a creature immune to the medusas’ gaze. The trolls benefit from a charming and intelligent leader that will more often than not ensure a steady supply of human flesh and shiny trinkets to keep them appeased. While unable to threaten them with her gaze, a medusa often tricks trolls into believing she can bring the terrible wrath of the sun upon them and turn them to stone anyway. The CR reflects a single medusa mistress and her three rock troll bodyguards.